Mikey Garcia: If I Hadn't Taken Time Off, I'd Probably Be Retired By Now

There is still plenty Mikey Garcia would like to accomplish before he retires.

The way he feels physically and mentally, the four-division champion can’t see any reason he won’t box for another “three to five years.” Had he not spent 2½ years out of the ring, though, Garcia figures he’d be ready for retirement at this point.

“When I first started my professional career, I had a number,” Garcia said. “I figured at age 30 I’ll probably be ready to retire. Had I not taken the time off, then I probably would have retired between 30 and 32. But being that I did take the time off, now all that has changed. I’m 32 and I feel like I’m hitting my prime. So, I’m definitely not gonna retire anytime soon.” 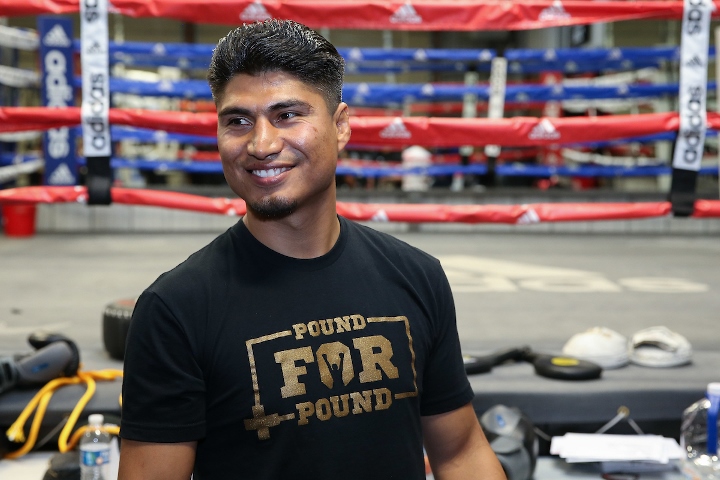 Garcia, of Moreno Valley, California, was 18 when he made his pro debut in July 2006. He had just turned 26 when his 2½-year break began due to a contractual dispute with former promoter Bob Arum.

Once Garcia and Arum’s Top Rank Inc. reached a termination settlement in May 2016, Garcia returned to the ring for a fifth-round stoppage of Elio Rojas in July 2016.

Garcia (40-1, 30 KOs) since has won world titles at lightweight and junior welterweight. The former featherweight and junior lightweight champion also challenged Errol Spence Jr. for the IBF welterweight title 13 months ago, when Garcia suffered the lone loss of his career, a 12-round unanimous decision at the Dallas Cowboys’ AT&T Stadium in Arlington, Texas.

The Oxnard native hopes to become a five-weight world champion by beating WBA welterweight champ Manny Pacquiao (62-7-2, 39 KOs) whenever he can box again after the COVID-19 pandemic. That’s the fight Garcia wants most, though he also is open to opposing other top welterweights.

Regardless, Garcia believes he has plenty of big fights left in him.

“Me, personally, I think I will keep fighting minimum three to five years,” Garcia said. “However, if things change and I’m unhealthy or I get injured or whatever, then we’ve gotta call it quits. But if I’m healthy and I’m physically fit to keep fighting and keep competing at this level, then I’ll definitely be fighting for at least three to five years, you know? Like I said, there’s so much more I wanna accomplish, and I don’t see me retiring anytime soon. If I’m healthy for all this time, I’m gonna do this for a long time. I wanna leave a big legacy. I wanna leave a big impression in boxing. I wanna be remembered among the greatest to do it.”

Garcia won for the first time as a welterweight in his last fight. He knocked down Jessie Vargas (29-3-2, 11 KOs) in the fifth round of that bout and won a 12-round unanimous decision February 29 at Ford Center at The Star in Frisco, Texas.

[QUOTE=tomatocantender;20541869]Other than the retirement you displayed from Rd. 5 thru 12 in the Spence fight?[/QUOTE] I admit I laughed! Although I flew to Dallas to watch that fight in person, to root for Mikey, and I haven't been to a…

He might as well retire now. I was a fan of Mikey in his early days, but his lack of passion for the sport has become obvious as he got older. It's not only seen with his inactivity or chasing…

[QUOTE=Bronx2245;20542037]Mikey is a real champion, whether he has a belt or not! I feel he's already "one of the best to do it." Why? Because he sacrificed glory for justice! There's a fine line between being "pimped" and being "promoted."…

damn we could have been rid of this clown by now. damn it top rank you did screw us

Skilled fighter who has never been willing to lay it all on the line and go out on his shield...seems always willing to settle for decision win or take the easy way out like against Salido!! Just looking for one…