Mikey Garcia: I Wanna Be Remembered As One Of The Best Fighters Of This Era

The four-weight world champion prefers to let his accomplishments speak for him. That doesn’t mean that the ambitious Garcia isn’t concerned about how he’ll be remembered by boxing fans once his career ends.

The Oxnard, California, native is typically listed among the top fighters, pound-for-pound, in the sport. He also has won titles at featherweight (126 pounds), junior lightweight (130), lightweight (135) and junior welterweight (140).

The 32-year-old Garcia also won the first 39 fights of his professional career, until unbeaten welterweight champ Errol Spence Jr. soundly defeated him by 12-round unanimous decision 13 months ago at AT&T Stadium in Arlington, Texas. Garcia jumped up two divisions – from lightweight to welterweight – to challenge the bigger, stronger Spence for his IBF 147-pound championship. 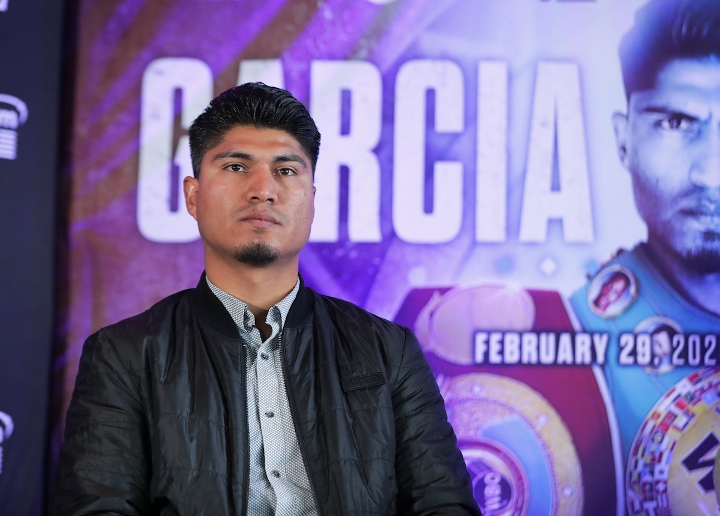 “I wanna be remembered not only with the Mexican fighters,” Garcia said. “I just wanna be remembered and regarded as one of the best fighters, you know, of this generation, of this era. We got all the Mexican fighters like you mentioned – Barrera, Morales, Marquez, Chavez, you know, and so many more. But, you know, I think that when I’m done with the sport, I’ll be loved for everything that I’ve done and I’ll be remembered, you know, for the ages being that I have fought the best, I never ducked anybody, I just kept fighting nothing but the biggest and baddest fights out there.

“I mean, that’s what’s gonna leave my mark. You know, of course I’ll be remembered with some of these greats. I can’t say I’m gonna be compared to [them], because everybody has had their career and tremendous careers. So, it’s not fair for me to try to compare myself. But in this generation of the fighters that we have right now, I will be one of the best in this era.”

Since Spence beat him, the Moreno Valley, California, resident has beaten former WBO welterweight and junior welterweight champ Jessie Vargas in a 12-round welterweight fight. Garcia dropped Las Vegas’ Vargas (29-3-2, 11 KOs) in the fifth round and won by unanimous decision February 29 at Ford Center at The Star in Frisco, Texas.

Garcia also informed Flores that he intends to fight another “three to five years.”

If he blasts everyone from here out and somehow gets his revenge against a Spence, who has established he’s back, then Garcia’s want isn’t out of the question.

Originally Posted by Curtis2 View Post Mikey, without question would out box Porter, KO Thurman & TKO D Garcia. what are you on man....... Mikey went 0 for 12 with Spence a fighter that had a hell of a time…

[QUOTE=Curtis2;20557068]Mikey, without question would out box Porter, KO Thurman & TKO D Garcia..[/QUOTE] Without question? Until he actually does it, there'll be questions whether he actually can. I'd like to see Garcia in any of those fights.