"It's a great feeling. Winning this fourth title in a fourth division is an honor," Garcia said. "To get to be mentioned with Manny Pacquiao and Juan Manuel Marquez is a huge honor for me. It just leaves a little chapter in boxing with my name, my brother, my dad. I think people will remember the Garcia family for ages to come." 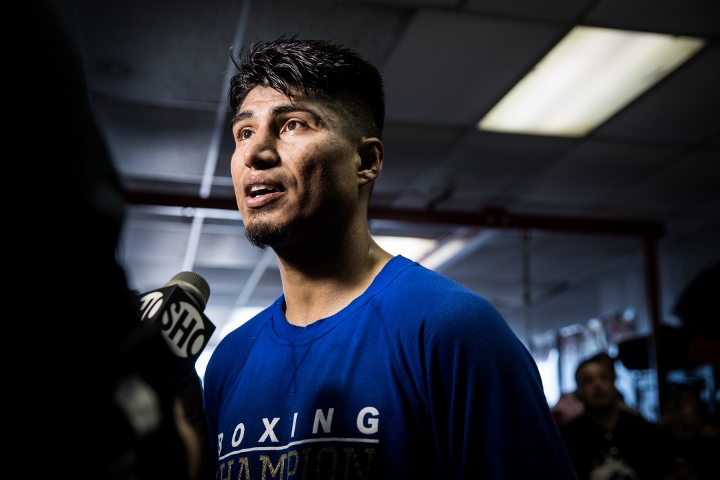 Garcia, who was fighting for just the second time at 140 pounds, relied on a steady diet of combos to back up Lipinets, who was making the first defense of the IBF title he won last November on SHOWTIME. Garcia floored Lipinets for the first time in his career, connecting on a counter left hook midway through the seventh in a rousing moment that sent the pro-Garcia crowd at Freeman Colisuem to their feet.

"He came in exactly as I expected - a very tough, very hungry and strong fighter," Garcia said. "We worked with angles behind the jab. He's very dangerous, but we had a great game plan and we were able to prevail.

"I know I carry the power, but I was fighting a bigger man and he could take a punch. I didn't want to get caught and I had to be patient."

After the fight, Garcia, who still holds the WBC title at lightweight, reiterated his mantra that he's seeking the biggest fights available, regardless of weight division.

"What I love is I have all the options," Garcia said. "I could go down to 135 to unify titles, which is what I really want to do. And in a couple of fights you're going to see me at 147.

Despite being the defending champion, Lipinets (13-1, 10 KOs) was fighting in just his 14th professional fight. The Russian, who was born in Kazakhstan, delivered a valiant effort against one of the best pound-for-pound fighters in the world.

Let's all take a moment of silence for Mikey's career

I feel like he could win some fights at Welter, but he'd want to pick his opponents carefully. Most of the top guys at WW nowadays are big bangers, and when Broner finally decided to come forward in the last…

He needs to stay away from 147, period. That would be a death trap for him. That kind of power coming at him would be too much for him. Garcia is a really good guy and easy to root for,…

[QUOTE=Andrij;18563880]Welterweight is too much for him. His punching power won't be affective anymore like in the lower weight divisions. All the top Welterweights (Crawford,Thurman,Spence) beat Mikey Garcia.[/QUOTE] Yes, I agree with that.