Mike Tyson: I'll Be Better in Next Exhibition - I Will Do It Again!

Tyson, a former undisputed heavyweight champion, retired back in 2005 after getting stopped by journeyman Kevin McBride. 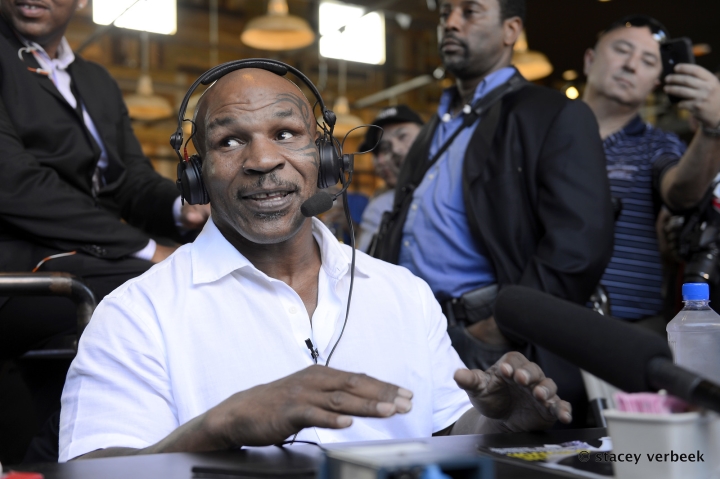 A few months ago, Tyson began his viral campaign to return to the ring.

He lost over 100-pounds to get his body in fighting shape - and he exceeded expectations in the comeback performance.

For the majority of the contest, the 51-year-old Jones was excessively holding and being overly defensive.

Tyson was happy with his performance, but intends to be even better in the next exhibition.

"I was just happy to go the distance with him. That's real fighting, having the endurance. You're not going to knock everybody out. I used to go for the quick kill. I'm training for distance now. I don't expect to win. I expect to go eight rounds and entertain the crowd."

Tyson rejected any talk of his "ego" dictating his decision to return to the ring at such an advanced age.

"I don't think it's a mid-life crisis with me. I think it's my ego and my ego tells me to do things I'm afraid of doing. I'm very happy I did this. I will do it again," Tyson said.

The pay-per-view with Jones was being used by Tyson as a vehicle to raise money for charity.

Tyson wants to continue helping the less fortunate with more exhibition bouts - possibly staging some of them overseas.

"Anything is possible. The sky is the limit. I'm capable of helping a lot of people all over the world," Tyson said.

"The old Mike Tyson no longer exists. This is a better cause for me. I'm here for a purpose. I never liked who I was. I like who I am now."

Exhibition or not Roy felt those body punches and held on tight to stay upright.

Rjj thought Tyson was good. I wonder if rjj was as good as Tyson a anticipated

[QUOTE=Larry_Rushmore;20918128]I kept trying to explain that to people and they refused to believe it[/QUOTE] I know mate ,these people are unreachable lol.

[QUOTE=SweetPbfAli;20918438]I just read online that they are mentioning David Tua. He might be too young lol.[/QUOTE] Or too fat.... [IMG]https://i.ytimg.com/vi/plWij7qAvgw/maxresdefault.jpg[/IMG] Blk tee shirt :lol1: