Mike Tyson Biopic Will Not Include Robin Givens, Who Issued Legal Letter

As BoxingScene.com previously reported, award winning actor Jamie Foxx has been physically packing on the muscle to play Mike Tyson in a motion picture on the boxer's life.

Tyson’s first wife, Robin Givens, was very quick to lawyer up - fearing that she might be portrayed in a negative light in the film.

Tyson and Givens were married in 1988, for only eight months, but their war of words lasted for years. 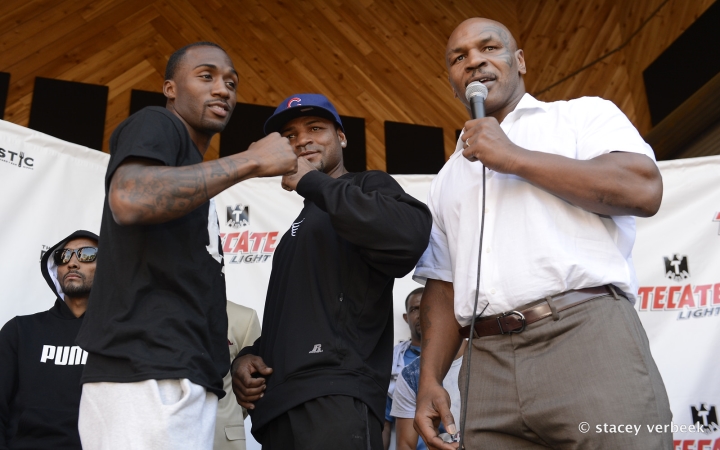 Last month, Givens' lawyer issued cease-and-desist letters to both Tyson and Foxx, according to the New York Post.

The paper reported that the letter stated that Givens' legal team - "demand that Mr. Tyson cease and desist from further defaming Ms. Givens, and to put those producing, writing and/or directing the proposed Tyson biopic, and those producing Mr. Tyson’s podcast, on notice that they are to refrain from portraying Ms. Givens in a false, negative and defamatory light.

"While [she] has attempted to move on, she still finds herself fighting the abusive, demeaning and false accounts of their relationship by Mr. Tyson nearly 35 years later. It is time for Mr. Tyson to let this marriage be the relic of the past that it is."

In recent interviews, Givens expressed concerns regarding her potential portrayal in the film.

Givens is being represented by power lawyer Arthur Aidala. A rep for Foxx did not comment.

A representative for Tyson spoke to The Post and denied the intention to include Givens in the film - and also denied receiving a letter from Givens' lawyer.

“As of now, Mr. Tyson’s attorneys have not received any cease and desist, but there isn’t nor has there been any intention of including his relationship with her in his biopic. He wishes her well in all her endeavors,” the rep said.

Mike can still use her he just has to change the name and have other characters in the movie fill in the blanks what she did to avoid legal actions ,there’s always ways around things . Could be a good…

Good This way that bltch can't seek out some kind of payment.

[QUOTE=archiemoore1;20764744]And speaking of pimples, her mother gave baseball star Dave Winfield a wicked case of herpes, which he sued her in court for. So Robin comes from bad stock, even with her so -called education.[/QUOTE] Wow, I didn't know that.…

[QUOTE=Monty Fisto;20765395]The film begins on the set of the Hangover. A 16-second voiceover by Alec Baldwin covers the details of his boxing career.[/QUOTE] Ha ha that would be awesome. I hope the film acknowledges that Mike is solely responsible for…