Mike Lee vs. Jose Hernandez Set For June 8 in Rosemont

Presented by Hitz Boxing and Round 3 Productions, details on ticket information and prices will be announced shortly. The Allstate Arena is located at 6920 N. Mannheim Road, Rosemont IL 60018. Doors will open on the night of the event at 6:00 p.m.

“I’m thrilled to fight in my hometown again on Friday, June 8 at the Allstate Arena,” said Lee who opened up training camp in Santa Monica, CA earlier this month. “Throughout my entire career, although I’ve fought all over the country, the support I’ve received in Chicago has always been the strongest and I can’t wait to put on a show again.” 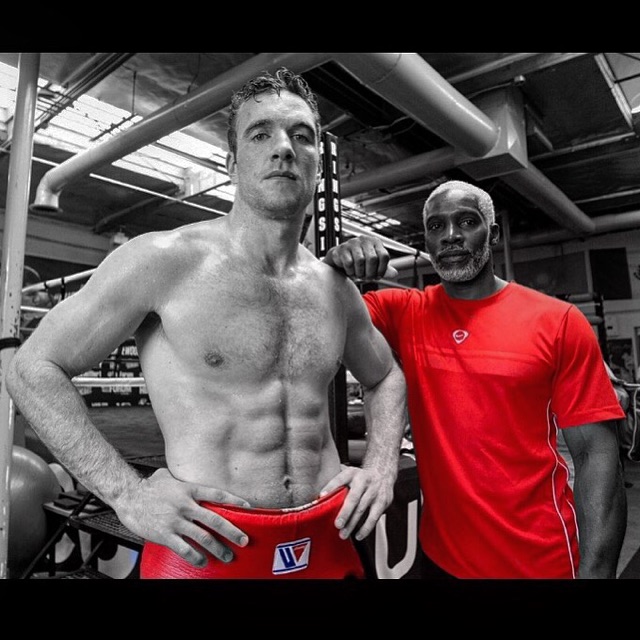 “I’ve heard about Mike for a couple of years and can’t wait to get in the ring with him,” said Hernandez. “I’m coming to Chicago which has a rich history of great Mexican fighters to take his O and then I want to fight for a world title.”

Said promoter Bobby Hitz, “It's great to be back in Rosemont and at the Allstate Arena. The building has such a great history with boxing, and I haven't done a show there in a while. We're excited to be back at the arena.  This is a business where it's hard to find people you can trust.  I enjoy working with Frank Mugnolo and John Lee, two of the most trustworthy guys I have ever had the pleasure to work with.  It's nice to do business with men whose word and handshake mean something.”

“This is the third time I’ve promoted Mike in Chicago and I’m very proud to work with him and his team and Bobby Hitz on this tremendous event,” said Frank Mugnolo of Round 3 Productions. “This is just the first fight we’re announcing but were planning a full evening of world class boxing and entertainment for the great sports fans of Chicago.”

Currently world ranked #3 by the WBO and #12 by the WBA and IBF, Lee returns to battle following a sensational first round knockout on September 15, 2017 over Aaron Quattrocchi in Rosemont, IL. Lee’s last three opponents have a combined record of 49-5-1.

On the cusp of a world title fight, Lee is a graduate of the Mendoza School of Business at Notre Dame and was a three-time winner of their iconic Bengal Bouts in addition to being a former Chicago Golden Gloves Champion.

Hernandez returns to the ring having most recently won an eight-round decision over Ryan Bourland (14-1) on February 10, 2018. He was also busy in 2017 winning all four of his starts and is currently riding a seven fight winning streak. Among the victories last year for Hernandez was a decision win over then undefeated top prospect Lucius Johnson on June 17, 2017 in Los Angeles, CA.

Smart man being able to make the gravy train go this long. The "Notre Dame" boxer label has got him pretty far.

Turkeytopia? Is that even a word?

When is this guy's gravy train garbage fights going to come to an end? I look forward to seeing his sloppy a$$ get knocked out.

Sad that guys like Wilder, Mares, Donaire, Valdez and etc. Dont get commercials when they represent what's so great about boxing!

Ah the Subway Boxer , I still don't get how he got that deal when better boxers can't get any commercials. I mean Manny had henny and Floyd had an few. I don't understand how mostly boxers don't get these…