Rosemont, Illinois, Dome at the Ballpark - USBA light heavyweight champion Mike Lee was able to reach 20-0 (with 11 knockouts) with ease.

It only took him one round to crush Aaron Quattrocchi (10-2-1), who went down twice and took a pounding before the contest was waved off by the referee.

This was the second fight of the year for Lee, who fought back in February with a majority decision victory over Justin Thomas at The Hangar in Costa Mesa. 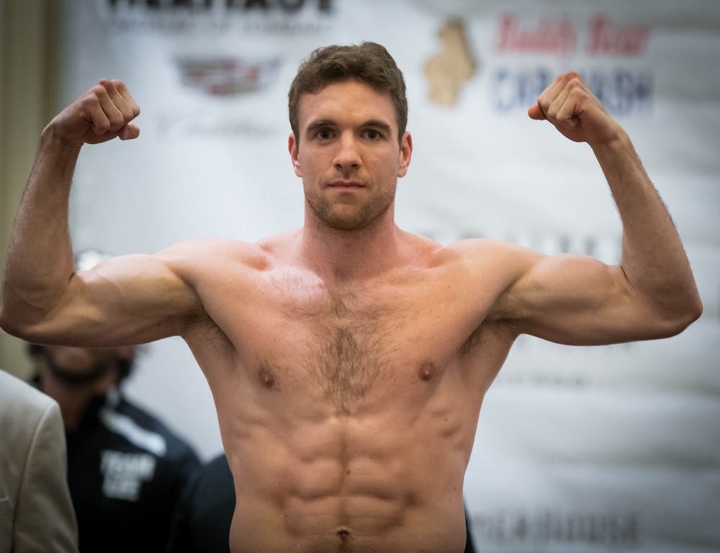 He dropped Nicolas Javier (16-1, 9 KOs) in the fifth round on pace to a ten round unanimous decision win.

This was the fourth win a row for Fortuna since suffering an unexpected TKO defeat last June in China. He was knocked out in the late rounds by Jason Sosa, and in the process lost his WBA "regular" super featherweight world title.

For Fortuna, this is his third fight in four outings in Santo Domingo. He blasted out Marlyn Cabrera last September, and then won a tough unanimous decision over undefeated Omar Douglas in November in Philadelphia. He came back home in June, to gain another stoppage victory, this time over Mario Beltre.

Stop with the "former two division world champion" crap. Fortuna held an interim belt at featherweight. How can u be a "world champion" when you're not even the "champion" within your pathetic alphabet organization?