Mikael Zewski has an old Cherokee legend titled Two Wolves saved on the Notes app on his phone. In the tale, a grandfather is teaching his grandson about life, and describes to him a battle between two wolves raging inside of him—one wolf representing negativity, and the other positivity. The grandson asks the grandfather which wolf will win, to which he replies, “the one you feed.”

Zewski has had a five year battle to remain positive in his professional career, but it will pay off this week with the opportunity he has been looking for, a main event slot on ESPN in a top-level welterweight clash against Egidijus “Mean Machine” Kavaliauskas.

Five years ago might have been the last time some American fans saw Zewski in action, in a televised loss to Konstantin Ponamarev as part of the promotional outfit’s short-lived series on TruTV. At that point, Zewski was part of the Top Rank stable, but shortly following the loss, in October 2016, he became a free agent.

“That night, I was off. There was nothing I could do. I wasn't there mentally. I want to show that was a mistake and reintroduce myself to the American fans, and even the Quebec fans, because everybody here, I feel like they recognize my talent, but they all want to know what I can do against one of the top guys,” said Zewski.

By early 2017, he was scooped up by Yvon Michel, and was fully based in his home province of Quebec in his native Canada once again. Over the last few years, Zewski has been fighting exclusively in Canada, beating respectable opposition, most recently the undefeated Alejandro Davila by 10th round TKO last November.

Unfortunately, fighting at home from March of this year onwards was not a possibility for Zewski, and still won’t be for another month. Canada has been comparatively successful at containing COVID-19, with 132,000 cases and 9,145 deaths, measured against the United States’ 6.26 million cases and 188,000 deaths. To do so, strict sanctions have been placed at various times with regards to certain activities, and in the province of Quebec, boxing was heavily guarded against, most likely due to it being lumped in with other commercial gyms. As a result, sparring was not permitted until last week, two weeks before Zewski’s bout with Kavaliauskas.

When he hasn’t been hiking or fishing in the St. Lawrence River, during this time, Zewski was able to train in his garage, where conditioning, heavy bag work and shadowboxing, and also at a boxing gym where because his trainer is a family member—his father—he was able to physically interact with him and do pad work.

“It was terrible. The only thing was closed off was boxing. Boxing was like the guilty sport for all the things that were happening. It was terrible for the future of the sport, especially for the youth coming up. We just don't know why they kept it closed, or why they're now opening it up, even as cases are going up. It's like they're admitting, hey, we messed up,” said Zewski.

“We had to walk on the edge a little bit, because there's no way I'm going to fight without training. We're good. We're in shape and we're ready to fight.” 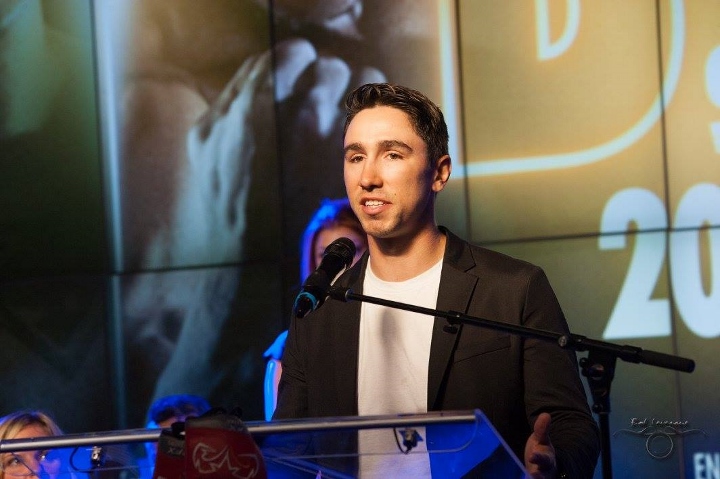 The fact that he could no longer fight in Quebec perhaps forced what was already necessary. Yvon Michel did the right thing in rehabilitating Zewski both as a fighter and marketing-wise, backing him through a lengthy winning streak. Following the Ponomarev loss, Zewski could have just as easily been tossed into the “opponent” pile and given up on, but Michel, long regarded one of the promotional realm’s top talent evaluators from his days as a coach, knew there was a lot of talent left in his charge. After all, as an amateur, Zewski was a four-time national champion, and collected wins over names like Jack Culcay and Olympic medalist Carlos Banteux on the international stage.

With that kind of pedigree, a world ranking, and now with a record of 34-1 with 23 KOs, it was time to take another leap of faith.

“I knew that the chances of me getting a title fight right away were very small. It was possible, we had some talks, but I didn't really believe it was going to happen. But now this fight, I'm ranked, but I'm short on the credit that people would need to give me to consider me a potential opponent for a world champion, and now I'm facing a guy who gave Terence Crawford a tough fight, he dropped him and he got stopped,” said Zewski. “It's the kind of fight I need to really step my game up and be recognized as one of the real contenders in the welterweight division.”

A victory on national television over a high caliber opponent could create a new level of buzz around another Quebec fighter. Though the scene in Quebec remains hot with adopted son Artur Beterbiev holding light heavyweight gold, ageless wonder Jean Pascal holding a piece of the pie in the same division and Marie-Eve Dicaire approaching a showdown with Claressa Shields, the province hasn’t had a wave of excitement quite like the late 2000s and early 2010s during the prime of Pascal and rival Lucian Bute.

“Everybody wants to be behind one guy. There's one local sports team, the Montreal Canadiens, and everybody is behind them. That's what people want in boxing as well, they want something to believe in. And I feel like if I can get a big win in a good manner against him, they're going to say what if he fought Crawford, what if he fought Spence, what if he fought Pacquiao,” said Zewski.

[QUOTE=purepuncher;20750076]Why take the fight if you only get 1 week of sparring?[/QUOTE] Probably the one chance he gets. Could be another year until next time. Not much money or events in boxing at the moment. Some boxers will go inactive…

I don't recall ever seeing Zewski fight but something tells me he will get beaten up fairly good good by Mean Machine. Kavaliauskas may be limited but he is tough as nails and you either have to be super slick…