Former world champion Miguel Vazquez has warned Ohara Davies he is far from over the hill ahead of Friday’s hotly-anticipated collision.

Mexican hero Vazquez (41-7, 15 KOs) heads for the #MTKFightNight at York Hall – live on ESPN+ in association with Top Rank and on iFL TV – looking to block Davies’ route back to world level.

Despite the huge-hitting ‘Two Tanks’ (18-2, 14 KOs) set to benefit from home advantage, Vazquez is confident he’ll know too much for the Londoner. 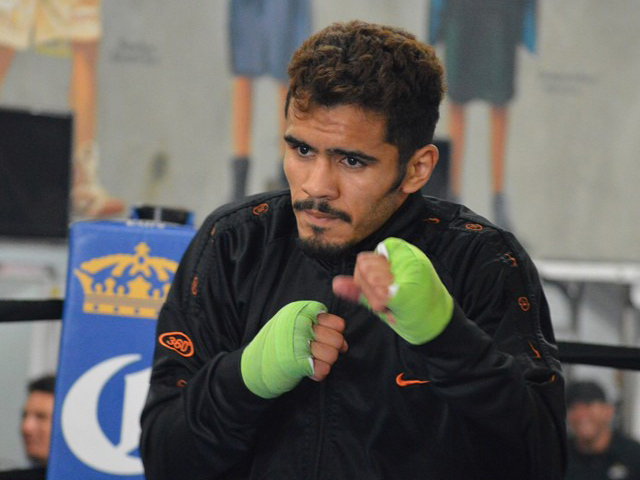 Vazquez said: “I know I’m the visitor and everything will be against me but regardless, I’m supremely confident I will beat Ohara Davies.

“Back home in Mexico and in the States, my fans will all be tuning in and they are always a huge part of my motivation.

“Another big source of motivation is that victory here will put me back into the world scene and another shot at the big leagues. That is pushing me on.

“People say Ohara has a big right hand but I’m not worried or concerned specifically about that. I’m cautious about everything and I don’t underestimate anyone.

“I think Ohara is a great fighter and I’m sure we’re going to put on a great fight but I believe I’ll win. I can still give more of myself to this sport and I’ve developed the hit-and-not-be-hit style over the years.”

Joining Davies vs. Vazquez on a fantastic bill at the home of London boxing is the British featherweight title clash between champion Ryan Walsh and Lewis Paulin, a mouth-watering super-lightweight war between Anthony Yigit and Siar Ozgul plus an intriguing battle of unbeaten prospects in Daniel Egbunike and Martin McDonagh.

"Quigley is a dangerous opponent, he can really fight but I am excited about this fight as it's going to be a great fight for the fans and one that I believe I will win in an entertaining fashion."

Mexican hero? Wtf is up with the patronizing? Lol damn...

This cat was Mayweather and rigeandoux style, but the same ghettho rats that supported Mayweather called Vasquez boring....wonder why?

Vazquez is worn and too small to maul. At 136, he was slow, flat footed, and strong. At 140 and a couple of years later, he's slow and flat footed.