As an avid boxing fans, Miguel Flores will eagerly tune in to Leo Santa Cruz’s featherweight title defense on February 16 in Los Angeles.

Only this time, he’ll be watching with extremely mixed emotions.

The aspiring featherweight contender was due to face the three-division titlist on the date, but an ankle injury forced him out of the Premier Boxing Champions (PBC) on Fox headliner. Replacing him in the televised main event will be Mexico’s Rafael Rivera.

“I’m a diehard boxing fan, I watch every fight and I never miss a Leo Santa Cruz fight,” Flores (23-2, 11KOs) admitted to BoxingScene.com. “I'm tuning into Leo's fight on February 16, but will also be wondering “what if” while watching someone else fight for my title shot.” 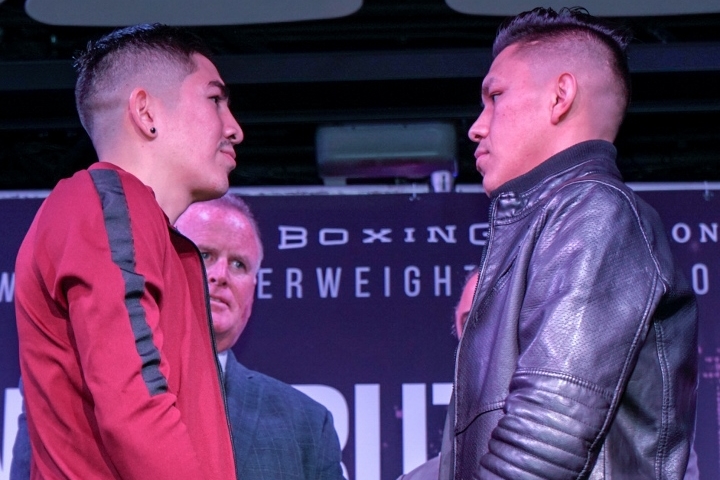 Things were flowing well for 26-year old Houston native throughout the buildup, having even made the promotional rounds including a visit to Fox studios in downtown Los Angeles before resuming training earlier this month.

Barely a day after being fully settled in, disaster struck. A gym sparring session went well—“I dropped my sparring partner, so I knew he’d be looking to bring it the next session”—until a wrong turn took away his immediate ability to walk.

“I was in the ring, I pivoted and my foot just got stuck on the mat,” Flores recalled of the literal step leading to injury. “From there, my ankle just twisted. I don’t even fully remember exactly how the injury occurred, just that moment when I felt that intense pain.”

The sequence not only left him with a sprained ankle, but a bruise all the way down to the bone, for which only time can fully heal. A burning desire to continue on with the fight was taken off the table after medical experts stalled on an exact timeframe for the healing process to do its work.

“At first it was a few days. Then 4-5 days turned into a week,” said Flores. “After a week, I wasn’t feeling any better, other than the swelling and bruising going down. Meanwhile, I’m thinking to myself, ‘I’m laid up and Leo is working his butt off in the gym.’ That’s when I realized, there was no way I could still go through with the fight.”

The pain remains bad enough to where Flores couldn’t even accept an offer to attend last Saturday’s DAZN-streamed show at the Toyota Center. He also won’t be able to do much of anything else, other than watch from afar and hope to return to the mix once he’s fully cleared to return to the ring.

“I’ve been in daily contact with my manager, Luis DeCubas Jr., he assured me that once I can fight again, a good opportunity will come our way,” insists Flores. “Luis just keeps reminding me to do what the doctors tell me to do, and everything will fall into place.

“What really pisses me off right now, though, is that by February 16, I’ll be able to fully walk again. Honestly, I’d rather lose in the ring than wondering what would’ve happened if it were me instead of (Rivera) in there. Losing an opportunity to fight because of an injury is worse than losing a fight itself.”

Santa Cruz (35-1-1, 19KOs) will make the third defense of his second reign as a featherweight titlist. The 30-year old from Mexico—now based in Southern California—lost and regained his title in a pair of thrillers with previously unbeaten Carl Frampton, having since turned away the challenges of Chris Avalos and—in a repeat win—longtime local rival and former three-division titlist Abner Mares.

Should Santa Cruz prevail in his next fight, Flores would love nothing more than to get right back in line for such an opportunity. If not, then he is eager to mix and match with PBC’s surplus of talent in and around the featherweight division.

“Obviously, I had the Leo fight on my plate so that’s the one I want the most,” Flores insists. “If not him, then maybe Mares depending on how he does (February 9 vs. unbeaten 130-pound titlist Gervonta Davis), or any of the other titlists (Gary Russell Jr. and recently crowned secondary beltholder Xu Can).

“I talked with Luis and told him, whatever it takes. I saw fans online complaining that I didn’t deserve this title fight. So if they want to match me with five tough ‘mofos’ to prove I’m ready for a title shot, then I’ll go that route too. Once I’m back on my feet, I’m ready to take on whoever they to want to put me in with.”