Miguel Cotto: Thought of Return Has Never Crossed My Mind

Four division world champion Miguel Cotto of Puerto Rico is enjoying his new role as a promoter, and has no intention of returning to the ring.

Following his retirement, the boxer dedicated himself to being a full-time promoter with his Puerto Rico-based company, Miguel Cotto Promotions - which currently has two world champions in Alberto "El Explosivo" Machado (130 pounds) and Angel "Tito" Acosta (108 pounds). 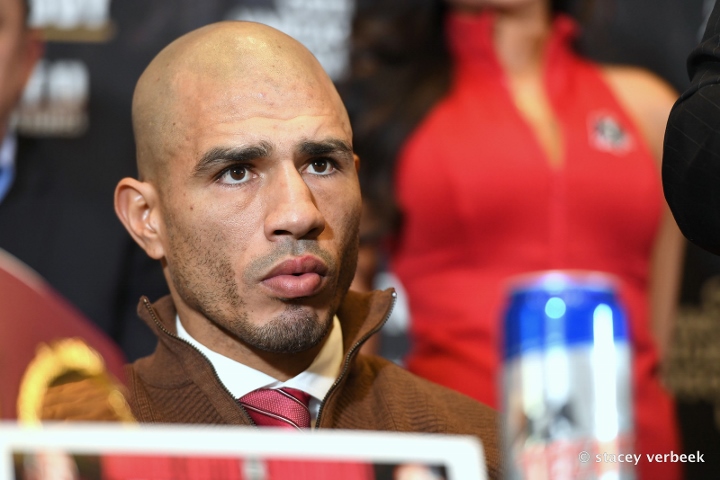 Most retirement announcements are rarely taken seriously in boxing, because even the biggest names are unable to stay away from the ring for too long.

"No, it has never crossed my mind to fight again. We are clear and emphatic in retirement, it was 27 years in boxing and now it is time to dedicate my time to family," said Cotto.

"We have a promotional company in Puerto Rico, we are going at a good pace - and we are working with the idea that beyond being a businessman in boxing, we are helping boxing in Puerto Rico and the world."

The future Hall-of-Famer said that in the post-Floyd Mayweather era boxing has not changed, because they will always be better boxers coming along.

"After Floyd Mayweather nothing has changed, boxing will always have its stars. I understand that there is a Vasyl Lomachencko, Mikey Garcia, among others. There are people who can carry boxing," Cotto said.

Cotto took advantage, during his current trip to Panama, to say that Roberto 'Manos de Piedra' Duran is among the three best fighters in boxing history.

"Roberto Duran, for me, in my humble opinion, is one of the three best fighters born in this world," Cotto said.

Cotto is currently in the country to attend the 31st Annual Convention of the World Boxing Organization, which runs from Monday until Thursday.

Theres no need for him to

I would not come back to take beatings either.