Caguas' Angel "Tito" Acosta is not afraid to admit that there is always room to improve his techniques.

During a training session for what will be his first defense of the junior flyweight championship of the World Boxing Organization (WBO), Acosta was being polished up by former four division world champion Miguel Cotto, who offered advice without reservations.

"We've done it before, but now Miguel is more involved. He has the time to take care of me and the other boxers. It has helped me a lot," Acosta said to Carlos Gonzalez. 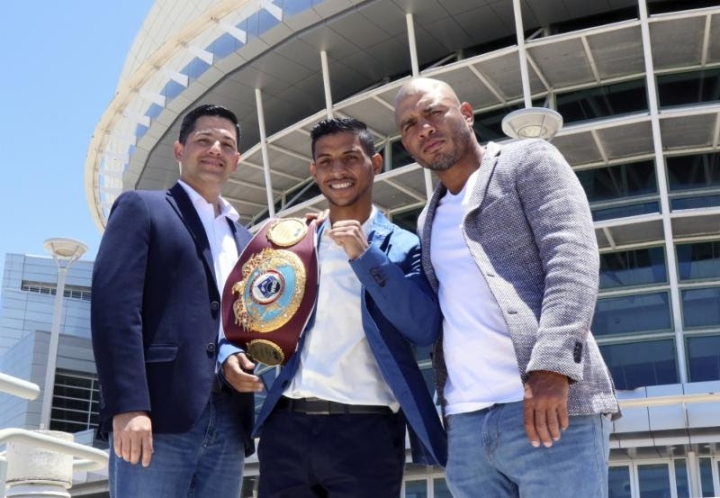 Last December, Cotto ended his career as a boxer and, immediately, adopted the facet of a promoter.

However, yesterday he visited the gym that bears the name of his father Miguel Cotto Carrasquillo, located in Caguas, to spend some time with one of the main fighters belonging to his promotional company.

"This week he taught me several techniques, how to put together solid punches and land them the right way to hurt the opponent. He also tells me to use more skill and push boxers back. He is teaching me a lot," said Acosta, who on June 16 will face Nicaraguan Carlos Buitrago (30-3-1, 17 knockouts) at the Coliseo de Puerto Rico.

While watching the technique of Acosta (17-1, 17 KO) under the tutelage of coach Juan de León, Cotto did not resist the temptation, climbed into the ring, put on the gloves and explained in detail how to improve the punches.

To do this, Acosta focused his energies on improving his physique.

"I have worked hard and it has been good for me. I feel the difference, particularly in sparring where I don't feel the punches as much. Before doing this, the day after a working session my body ached. I am always ready to work," Acosta said.

[QUOTE=True That;18804612]Good stuff from Cotto. Cotto should sign "Browny" Subriel Matias and help him.[/QUOTE] Yes that would be good " and another trainer!!!😎

Good stuff from Cotto. Cotto should sign "Browny" Subriel Matias and help him.