The two boxers will face each other on February 13. They were initially due to meet in December, with the event being postponed after Berchelt tested positive for COVID-19.

Valdez was the WBO featherweight champion, making several defenses before deciding to move up in weight to pursue more gold.

"When two Mexicans are in the ring the show is guaranteed," Berchelt said.

“I feel very motivated, very happy. It's my seventh defense. I want to be classified as one of the best pound for pound and for that I have to face the best, and now I have to face Valdez. This fight I wanted as an amateur and it did not happen, but now it is for a world championship. The public likes to see explosive fights. We're coming in with everything." 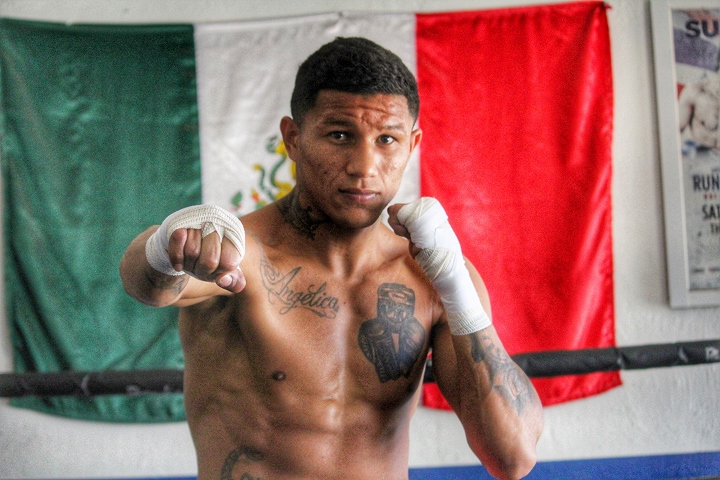 The fight will also match two of the top trainers in the sport - as Valdez's corner is run by Eddy Reynoso and Berchelt is handled by trainer Alfredo Caballero.

“More important than the belt is pride, and this fight against Valdez has the ingredients to be the 'Fight of the Year.' In addition to the fact that we are two very good fighters with good weapons, there are also two very good corners with Alfredo Caballero and Eddy Reynoso. Whoever prepares the best and who does the best things up in the ring will be the one who takes the victory," Berchelt said.

“Reynoso is a very good analyst and he studies the opponents he is going to face very well, and he knows that they will not have it easy at all. It will be a very tough fight due to the characteristics of Oscar and myself, but also a difficult game of strategies between Reynoso and Caballero, who know a lot about boxing and analyzes the situation of each fight very well ... we will arrive with excellent preparation, at an excellent level, with an excellent strategy to overcome Valdez.

“He wants to be a champion, I want to continue being a champion. It's going to be a great fight. The great advantage for him is his speed, he is a little faster than me. He is explosive, he has a fast and powerful left hook that I have to watch out for, because he's knocked down his opponents with that. I have to hit downstairs and use uppercuts.. you have to remember that he is a little worried about the jaw [since it was broken by Scott Quigg a few years ago], and we are going to exploit everything we can."

Oscar Valdez is #2 on the TopDogg P4P "favorite fighter" list. But he will not beat Berchelt. As others have said, Valdez has balls. But he will eat too many power shots. The one thing I DO like about this…

I love Valdez but the size difference is huge. Berchelt is a welter disguising himself as a jr lightweight. That's the only thing that might win him the fight. Still, War Valdez!:boxing:

This fight will be a war no doubt. Berchelt is going to get the better of the exchanges and will eventually overwhelm Valdez. I’m expecting a late round TKO by Berchelt.

Good to see more confirmation on this fight. Still waiting for the rug to get pulled, hope not. What a matchup! I like Valdez to find a way to win. If it comes down to trainers?Berchelt's corner wins that any…