In an article published on BoxingScene.com earlier this week, Jake Donovan wrote that former two-time super middleweight champion David 'El Bandera Roja' Benavidez will return to the ring on a date in March.

The information was provided by Benavidez's promoter Sampson Lewkowicz who also stated that Benavidez will continue to campaign in the division. 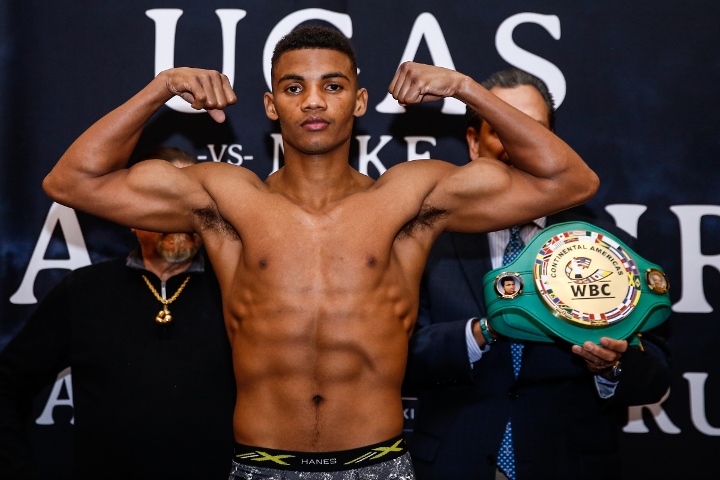 Benavidez's last ring appearance came on August 15th when he stopped Roamer Alexis Angulo in 10 rounds.  He entered the fight as the WBC super middleweight champion but lost his title on the scale when he couldn't get down to the 168 pound limit.

BoxingScene.com has now been advised that March 6th is the likely date for the fight and that another one of Lewkowicz clients will also be on the card.  Fast rising lightweight prospect Michel "La Zarza" Rivera (19-0) will see his first action of 2021 with Marcos Villasana Jr. (25-6) being mentioned as a possible opponent.

Rivera, who is a native of the Domican Republic, scored the biggest victory of his young career in his most recent outing this past October when he outpointed Ladarius 'Memphis' Miller (21-2) on the Gervonta Davis-Leo Santa Cruz pay-per-view undercard.

The 22-year-old Rivera is regarded as one of Premier Boxing Champions' best prospects.  He began his career in 2013 by knocking out 4 of his first 5 opponents.

Villasana has reeled off 10 wins in a row.  The streak includes victories over 3 unbeaten opponents and former title challenger Jose Felix Jr.