The managers of Michael Zerafa have declined an offer for their charge to fight Tim Tszyu at the end of year in what would be a blockbuster fight down under.

Zerafa's managers Sam Labruna and Brendan Bourke both confirmed the offer was made from Team Tszyu this week to take on Zerafa - however the fight was declined due to money.

"Tim Tszyu proved he's a world class fighter by dominating Jeff Horn in Australia last month. Credit to promoter Matt Rose for putting on such a huge event in a stadium. Unfortunately the offer he gave us didn't come close to stadium money," stated Labruna. 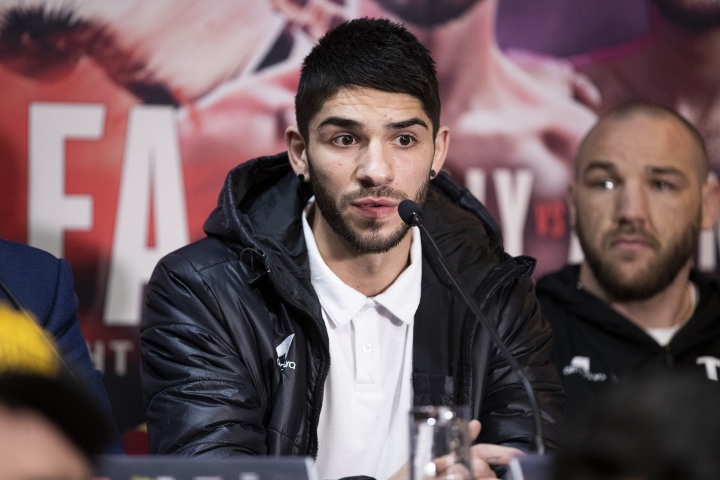 The Tszyu vs Horn event was held at Bankwest Stadium in Townsville, Queensland and reportedly sold 16,000 tickets and did large pay-per-view numbers.

"The show was fantastic" stated Brendan Bourke. "Tim's next fight will be even bigger! Zerafa is the perfect opponent, he's knocked out Jeff Horn and earned his position against Tszyu. We respect Team Tszyu, they're doing a great job with Tim, let's hope the fight gets made some time in the future."

With most of the world still in the global pandemic and international flight restrictions in place, Tszyu's team might be limited with opponent selections so fellow Australian Zerafa looked a perfect fit.

"I'm not sure who else they can get under the pandemic restrictions," stated Labruna. "It was disappointing considering the big money on the table. It's the sort of fight offer you get when they really don't want the fight."

"We're working on some big fights with Brian Armatruda from Big Time Boxing. The Tszyu fight is something we wanted, but not something we need. We're certainly not desperate," stated Bourke.

[QUOTE=Eff Pandas;20777065]They always trying to get over on strippers. Think they could fool him with a big stack of one dollar bills.[/QUOTE] :rofl: :rofl: :rofl:

[QUOTE=Richard G;20783408]It's all relative, the best in any country always attracts attention in that country. But Zerafa pushed Brook who is now going to fight Crawford so not a lot of difference.[/QUOTE] Best in ''the sport'' ''Regional stuff'' is just…

[QUOTE=BodyBagz;20778571]:omfg: For a low level fight between 2 low level guys ?!?!?? Kid's father is famous. Him, not so much. And how sad is boxing in Aussie when an unproven Kid vs some guy named Zerafa is supposed to be…

[QUOTE=BodyBagz;20778571]:omfg: For a low level fight between 2 low level guys ?!?!?? Kid's father is famous. Him, not so much. And how sad is boxing in Aussie when an unproven Kid vs some guy named Zerafa is supposed to be…