Michael Conlan is officially benched for the rest of 2020.

The two-time Olympian and 2012 Olympic Bronze medalist is unable to train for the remainder of the year and perhaps into 2021 after suffering a tear of his left anterior talo-fibular ligament (ATFL) during training camp. Conlan was angling for an appearance on a planned December 5 boxing event at Royal Albert Hall in London, a show whose lineup has remained in doubt and now most certainly won’t feature the Belfast native.

“Absolutely devastated to announce I will no longer be fighting December 5th due to rupturing my ATFL during a training session on Wednesday, back home now recovering,” Conlan revealed through social media on Friday, complete with a picture of the unbeaten contender on crutches and in a boot. 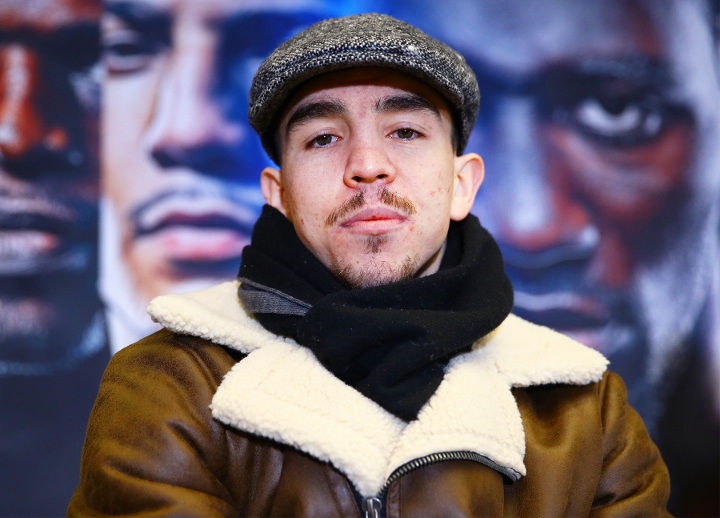 Conlan (14-0, 8KOs) was rumored for a crossroads clash with former 122-pound titlist Isaac Dogboe (21-2, 15KOs), though premature media reports had such plans further along than was actually the case.

Both parties agreed to the weight at which the fight would be contested, a prior sticking point as Conlan—a career long featherweight—now plans to campaign at junior featherweight. Dogboe recently moved up in weight, but his side was able to work out such terms with Conlan’s management team at MTK Global. Financial terms were still in discussion by the time several outlets ran with the rumor of the fight being a done deal.

The date has also been linked to the planned ring return of lineal heavyweight champion Tyson Fury (30-0-1, 21KOs), who remains without an opponent and with his appearance still lacking official confirmation from any network that would distribute such an event.

As for Conlan, it’s another letdown in a year that he and most others would love to forget.

The rising contender—who turns 29 in November—was forced to abandon his normal tradition of headlining a St. Patrick’s Day event at Madison Square Garden’s Hulu Theater when his planned clash with Belmar Preciado was shut down due to the initial wave of the ongoing coronavirus pandemic. Conlan made his pro debut at the venue on St. Patrick’s Day 2017, having also appeared on the festive holiday in 2018 and 2019.

Instead came the longest inactive stretch of his young career, going eight months between fights before resurfacing this past August. Conlan scored a 10th round stoppage of former title challenger Sofiane Takoucht at York Hall in Bethnal Green.

Science would suggest a similar inactive stretch in store for Conlan, though—ever the fighter—the prognosis is currently being embraced as a challenge rather than strongly suggested medical advice.

Ah, that sucks. Hoping for a quick recovery! 2021 is going to be a big put up or shut up year for Conlan. Will challenge for a title.

[QUOTE=BM dnobagaV;20847338]Ouch. I thought it was his forearm that got injured, shows my knowledge of anatomy[/QUOTE] I thought it was shoulder, they said 'anterior' so I thought of the anterior deltoid, lol. Anyway, sad about this, wanted to see this…

[QUOTE=BM dnobagaV;20847338]Ouch. I thought it was his forearm that got injured, shows my knowledge of anatomy[/QUOTE] :lol1: That’s a shame, I was looking forward to Dogboe-Conlan

Ouch. I thought it was his forearm that got injured, shows my knowledge of anatomy