The two-time Olympian from Belfast, Ireland, broke down Nicola Cipolletta and knocked him out with an accumulation of blows in the seventh round.

Conlan (9-0, 6 KOs) pushed the pace against the defensive-minded Cipolletta (14-7-2, 4 KOs), who was making his American debut. Cipolletta, who was content to back up for much of the fight, succumbed from Conlan's vicious body attach. 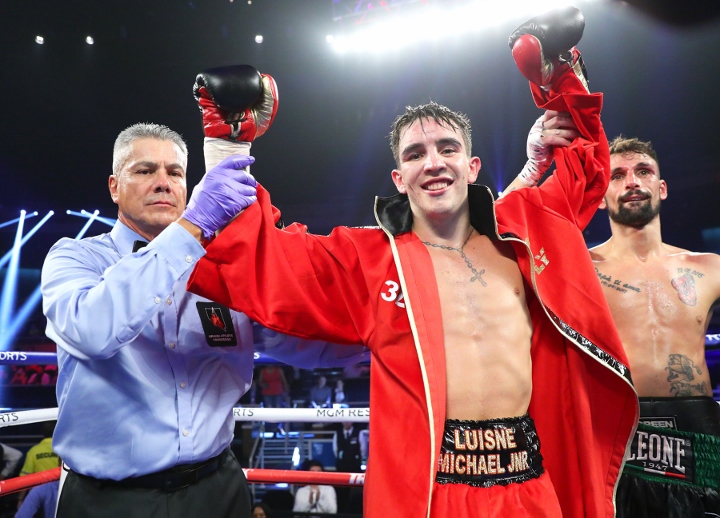 “When you fight a guy who is negative and trying to survive, those guys are the hardest guys to look good against,” Conlan said.

Conlan is scheduled to close out his 2018 campaign on Dec. 22 in Manchester, England.

Maxim “Mad Max” Dadashev had never seen anything like Antonio DeMarco before. A former lightweight world champion, DeMarco stunned Dadashev on multiple occasions, but Dadashev had enough left in the tank, closing strong down the stretch to win a unanimous decision (96-94, 97-93, 98-92) and retain his NABF super lightweight title.

Dadashev (12-0, 10 KOs) swept the last three rounds on all three judges scorecards to secure the win against DeMarco (33-7-1, 24 KOs), who saw his two-fight winning streak come to an end.

If Conlan's 100% serious then he should be ringside in Spain this weekend & throw down the gauntlet to the winner of the EBU title fight between Marc Vidal & Kiko Martinez!

All that going to do is slowdown your young career, Look at Tank Davis with his age he should be fighting 5 time per year but because his a already a champion his career is now slowing down to only…

Now that's what you call a fighter!

[QUOTE=BigZ44;19213419]He's nothing special, real guys will splatter him[/QUOTE] hard to say cuz hes matched up against folks who have jo business bein in thenring with him. stevenson, for whatever reasons, really comes off as frickin great. his last KO was…

He's nothing special, real guys will splatter him