Michael Conlan Hopes To Fight For World Title in Next Bout

Undefeated Olympian Michael Conlan is hoping that his next fight will be a shot at the world featherweight title.

There is talk that Stevenson may vacate his WBO world title to move up in weight.

If Stevenson vacates, Conlan - as the number one contender - would get an immediate crack at the title. 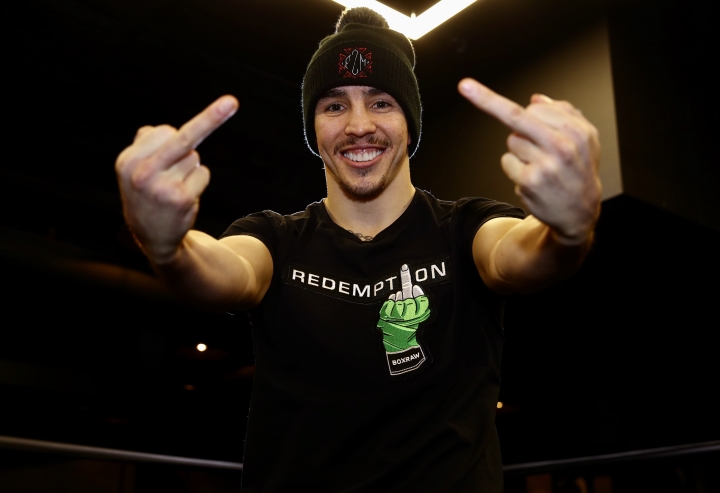 Conlan is hoping that his potential return will take place in August at Feile an Phobail in Falls Park - but all of that depends on the status of the ongoing coronavirus pandemic.

If he doesn't fight for a world title, Conlan is open to facing former world champion Jessie Magdaleno.

“It was supposed to be the St Patrick’s Day fight (which was cancelled) and then the title shot for me but I’d say it’ll be straight to the title shot now. I’m still hoping that I’ll box for the world title this summer and I’m still on course for that so, all being well, it’ll go ahead," Conlan said to Irish News.

“I’m the number one contender so I’m delighted to be honest. I always believed that I’d win a world title this year – hopefully in Belfast – so all being well Feile will be when it happens but it all depends on when boxing can get back. Ryan Walsh would be a good fight for me. He’s closer to home and obviously he’s just beaten my mate (McCullagh) so I’d like that fight

“It’s business, if we have to fight each other it’s no problem, I can still be mates with the guy, it’s just business. If it’s Jessie, it’s Jessie and if it’s someone else, that’s OK too. My opportunity is coming and I’ve always said that when I get the chance to box for a title I’ll grab it with both hands. I will not fail and it doesn’t matter who it is.”

Stevenson is really gifted though...I don't think Conlan would have much of a shot.

Conlan is 28, pretty old for that weight, not a puncher either. Obviously, excellent amateur, but nothing stands out as a pro.

Hope in one hand, sh^t in the other & see what one fills up first. I feel like Mick doesn't deserve or ultimately need a title fight next time out. Probably feeling sh^tty about his situation with Shakur moving like…