WBO bantamweight champion John Riel Casimero (29-4) will finally step in the ring on Saturday night at the Mohegan Sun in Connecticut when he faces unbeaten challenger Duke Micah (24-0).  The fight will be his first of the year and is part of Showtime's dual pay-per-view event that features Jermall Charlo against Sergey Derevyanchenko and Jermell Charlo versus Jeison Rosario.

The 31-year-old Casimero arrived in Las Vegas early this year to begin training for an April 25th showdown against Naoya Inoue.  The fight, like the rest of the sporting world, was shut down by the ongoing COVID-19 pandemic in March.  Plans to reschedule the fight fell apart when the original purses were not offered for the fight that would have had to take place in an environment without paying fans. 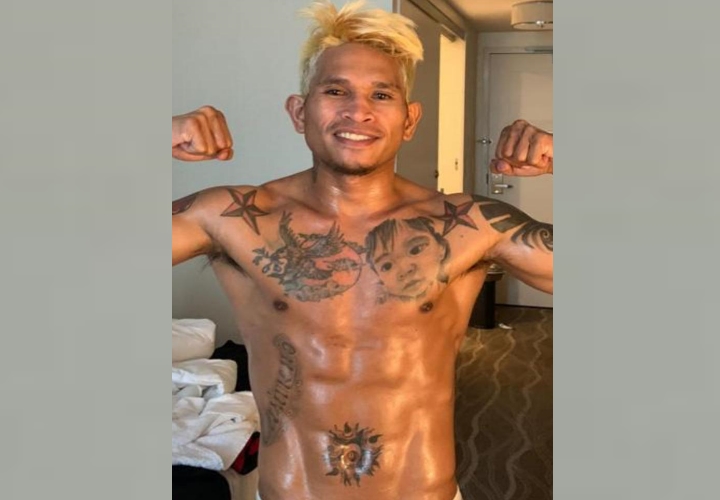 Casimero stayed in Las Vegas throughout the pandemic and the city's shutdown and trained like a beast according to his strength and conditioning coach Angel "Memo" Heredia.

"Casimero is looking very good. We had a very good camp. When he fought (Zolani) Tete it was a good camp too but this one was much better because it was more complete as far as conditioning training. I have been able to do more exercises that back then were new for him and now I was able to apply more complicated exercises that will benefit him more in certain areas like strength and explosiveness. He was able to eat good and now it is up to him to do what he has to do and put on a good show on Saturday," Heredia told BoxingScene.com.

Hardcore boxing fans were excited when Inoue versus Casimero was announced.  Inoue's WBA and IBF titles along with Casimero's WBO titles would have all been on the line in the unification bout. Heredia revealed that it wasn't just the fans who were disappointed at the fight's cancellation.

"He was a little bit disappointed because the Inoue fight was postponed and then it was pretty much gone. Mentally it has been hard for everyone because we had been training before the pandemic and then the fight was cancelled and it was going to be rescheduled then it didn't happen again. Sean Gibbons is a tremendous manager and was able to pull off this which is a very good fight for him and my understanding is that by winning this fight, he will have very good options ahead. The plan is if he looks good that he will fight again maybe in December or January," Heredia explained.