McGirt: Kovalev is Out To Prove Critics Wrong in Canelo Fight

Buddy McGirt, the head trainer for WBO light heavyweight champion Sergey Kovalev, says his boxer wants to use his upcoming mega-fight to prove the critics wrong.

Kovalev will defend his title against Saul "Canelo" Alvarez, which takes place on November 2 at the MGM Grand in Las Vegas.

Canelo, who holds world titles at middleweight, is moving up in weight by two full divisions to take the challenge of Kovalev. 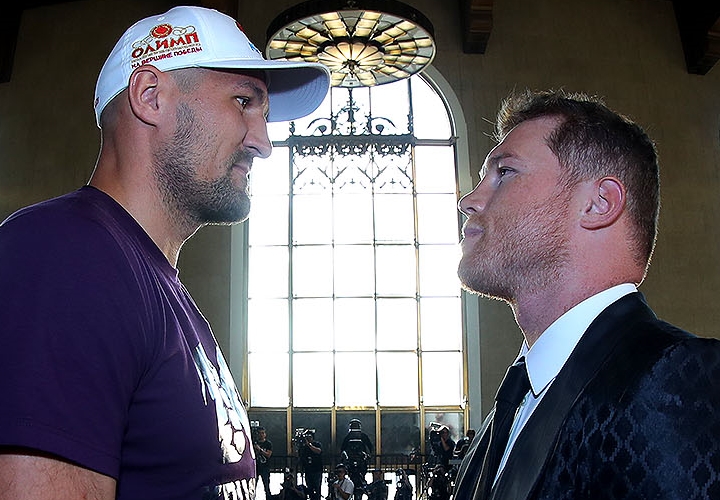 There are many critics who believe Kovalev is on the decline, after he lost three of his last seven bouts - and two of those defeats came inside the distance.

McGirt states that many of the critical comments are motivating Kovalev to prove the doubters wrong when he faces Canelo.

"I think that boxing needs a fight like this," McGirt told Sky Sports. "Kovalev needs a challenge, Canelo, he's beat everybody. I respect Canelo for what he's doing, jumping up to 175. I really respect that, it shows a true champion, and I just think that it's going to be a great night of boxing.

"He [Kovalev] is very anxious. After he lost to Ward and (Eleider) Alvarez there was a lot of negative stuff being said about him, so I think he's out to prove the critics wrong. [Kovalev] fought everybody they put in front of him, and I just think that he deserves it. He kept the light-heavyweight division exciting when it wasn't exciting."

McGirt is not looking at this fight in terms of size and power. He believes the fighter who better utilizes his skills will win.

"I'm not looking at us being the bigger, stronger guy. My goal is to be the better guy that night," said McGirt. "His [Kovalev's] boxing IQ is very underrated.

"Canelo is a hell of a fighter, he's very smart, his boxing IQ is high as well. I don't think, as far as physical-wise, I don't think it's that much of a risk for him. I'm not looking at power. I'm looking at skill and like I said, I'm looking at being the best guy that night. Sergey's experience is really going to play a major part in this fight."

Quote: Originally Posted by PunchyPotorff View Post In a way... I hate fights like this where I like both fighters. Obviously Canelo is the favorite, but Kovalev could surprise him with a few flush head shots. [QUOTE=Boxing Scene;20068238]Canelo is going…

Damn Kova is so fckn huge compared to Canelo. Seeing this and how motivated Kova is, Im picking Sergey in this one. Hes a big guy with a brutal jab

[QUOTE=Drigo;20068737]Kovalev will shine in this fight...[/QUOTE] I think so too. His last real chance to stamp a legacy if you accept that at his age, he most likely cannot unify 175.

This fight is is pure entertainment but it doesn't get us any closer to knowing who is the best middle weight. Without a unification the best is the best marketed.

[QUOTE=Vlad_;20069093]And yet when they spent 2/3rds of the fight holding and wrestling, Kovalev was mostly the one going forward and backing Ward up...[/QUOTE] Hmm I better rewatch that fight.