McBride: I Beat Mike Tyson - But I Know That Wasn't Tyson of His Prime

At the MCI Center in Washington in 2005, heavyweight journeyman Kevin McBride was the man who ended the career of former undisputed world champion Mike Tyson.

Coming into that fight, Tyson was trying to bounce back from a knockout loss to Danny Williams and had been stopped in two of his last three. 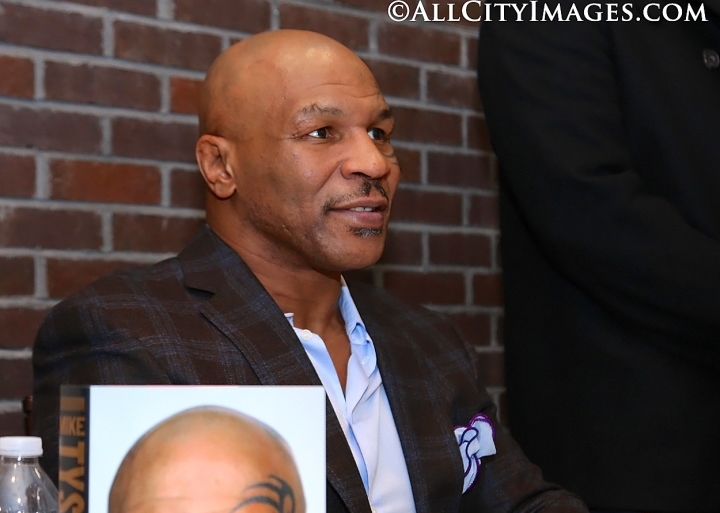 Following that victory, McBride only won two of his next eight fights - and one of those two wins was a three round split decision in the UK's Prizefighter tournament.

Now nearly a decade later, McBride's name is back in the press - because Tyson, now 53-years-old, is close to a deal that would see him return to the ring to take part in exhibition bouts to raise money for charity.

"I'm dancing and delighted and at the same time I know that wasn't the Tyson of his prime," McBride told The Mail. "But I fought the man on the night and won."

McBride told the paper he had a mocked up picture of him knocking down Tyson next to his bed every night in the build-up to the bout.

"I remember to this day he hit me so hard in the sixth it was like leprechauns playing drums in my head," McBride said.

"On instinct I said, 'Is that all you got? You're in trouble'. That is when he tried things. First he got my left arm in a hold and tried to break it. He tried to bite my nipple. Thank God he had his mouthpiece in — otherwise I'd be the Irishman with one nipple."

McBride had his own issues as he entered the fight, with the boxer admitting that he was battling alcoholism. His trainer Packie Collins made sure they shared a room together for the whole 10-week camp to keep his fighter away from booze.

One of the biggest moments for McBride, was meeting the legendary Muhammad Ali in the aftermath of the Tyson victory.

"Next thing I know, I have Ali throwing pretend punches at me, saying 'I'm the greatest, you're the latest'. A dream," McBride said.

[QUOTE=JakeTheBoxer;20593053]So 38 old Mike couldn`t beat McBride, but 53 old Mike can beat Wilder? I mean, my nick name could be Wilderhater, but cmon man, Wilder stops that old dude in first round.[/QUOTE] Wilder is about 215 and has zero…

I like that, honesty! The man is honest about beating an out of prime tyson, Respect!

[QUOTE=REDEEMER;20592990]More like a tune up fight for Mike , he may be 53 but motivated Mike would be just as dangerous at least as he was against Lewis and that Mike knockouts Wilder .[/QUOTE] So 38 old Mike couldn`t beat…