Mayweather: Wilder Has Bombs - We Can Make His Skills A lot Better!

This past February at the MGM Grand in Las Vegas, Wilder suffered the first defeat of his pro career when he was stopped in the seventh round by Fury.

The first time around, in December 2018 at Staples Center in Carson, Wilder and Fury fought to a controversial twelve round split draw. 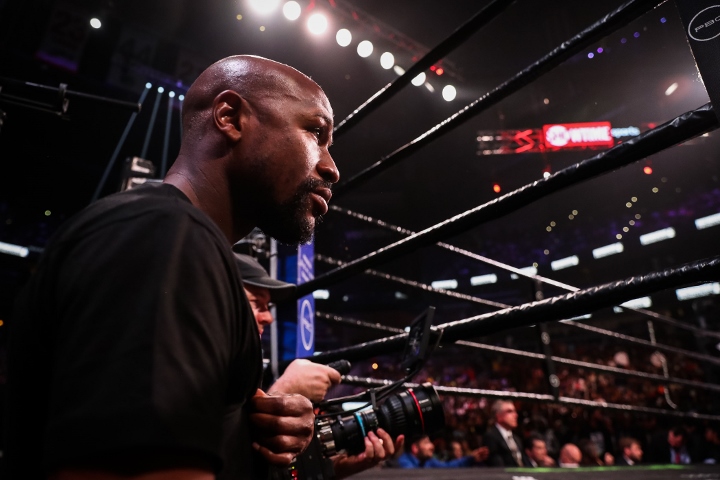 Wilder has exercised an immediate rematch clause, with the third bout targeted for a date in December.

Mayweather, who captured world titles from super featherweight to junior middleweight, retired from the sport of boxing in August of 2017 - with a perfect record of 50-0.

Regarded was one of the best defensive fighters in the history of sport, Mayweather has begun to train young boxers who are guided under his promotional banner. One of the boxers under Mayweather's wings, is WBA "regular" lightweight champion Gevonta Davis.

Mayweather has a lot of respect for the boxing ability of Fury, and believes Wilder is the most dangerous puncher at his weight, but he's confident in his ability to provide Wilder the necessary tools to reclaim his world title when he faces Fury for the third time.

"Tyson Fury's solid, he's got skills. Deontay Wilder's got bombs, but we can make his skills a lot better," Mayweather told the ClubShayShay podcast.

"I'm here to help fighters, even Wilder. I'm here, all he's got to do is let me know what he wants to do and we can make it happen."

I like that coming From Money Mayweather. It was spoken like a true friend. I know that the two aren't close or anything but it was quite very generous of him to offer his services to Deontay Wilder. I know…

[QUOTE=revelated;20791909]Interesting. In one breath you ask for an intelligent debate, so I provide you one, starting with the most notable, recent example of a fighter that turned "defensive". You then proceed to go on a rant, changing the height (which…

[QUOTE=edgarg;20791097]No, I meant I have NEVER seen a defensive 7'7" skinny fighter. You didn't mention Joshua until now.. Joshua showed his "defence" by moving away and avoiding contact, not by defensive skills. Although if you don't know much about the…

[QUOTE=Mickey Pearson;20791427]Lmao so [B]chicken sht Floyd[/B] is going to teach chicken legs wilder to run and hold? Lmaoooo[/QUOTE] Nelo, DLH, Mosley, Pac, Maidana 2x, Corrales, JMM off the top of my head. If a guy is going to be trained,…