Mayweather Shakes Head: That Video is Old, No Rematch Talk!

Former five division world champion Floyd Mayweather is shaking his head at the recent headlines that circulated all over the world on Sunday.

Several social media portals posted an old video of Mayweather, where the boxer was speaking on camera about taking a trip to Saudi Arabia to discuss a rematch with Manny Pacquiao.

The video was not released by any of Mayweather's confirmed social media handles. BoxingScene.com had been warned by several parties close to Mayweather, that someone had released an old video to social media.

Many media outlets assumed the video was new - and quickly posted inaccurate reports that Mayweather-Pacquiao II was on the horizon. 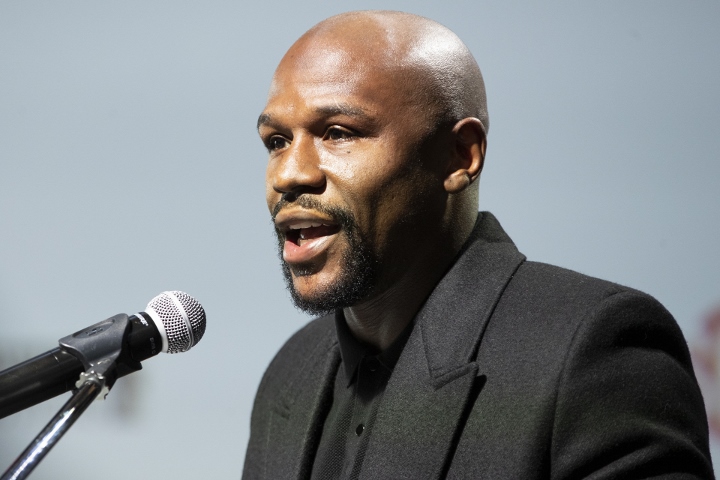 The video was actually filmed last year, and the video was put together for promotional purposes, where an overseas investment group had asked Mayweather to mention the subject of Pacquiao. Mayweather traveled to Saudi Arabia in January.

Because there was a growing number of outlets that were posting the inaccurate information regarding the video, Mayweather had to set the record straight.

"The video that y'all been seeing is false because I've been went to Saudi Arabia. I went there a long time ago," stated Mayweather to Fighthype.com.

"I talked to them about me fighting there, just different fights, but they wanted me to specifically say Manny Pacquiao. And actually, we didn't just talk about boxing; we talked about different events; us bringing different events out there.

"Basically, that's an old video. At the end of the day, there's no talks about me and Manny Pacquiao fighting a rematch. Even if we did fight, all they're going to do is have an excuse, just like the first time.

"But as far as me and Manny Pacquiao, as of right now, it will never be a rematch."

Mayweather, 42-years-old, retired from the sport in August of 2017, when he stopped UFC superstar Conor McGregor in ten rounds at the T-Mobile Arena in Las Vegas.

[B]The real question here is.. Floyd saying the video was old.. When in fact it was only January of 2019 that he made that video[/B] calling out Pac for a rematch in Saudi lmao Pause.. [B]JAN 2019 LOLOLOLOL THAT'S JUST…

[QUOTE=j.razor;20014099][B]I'm still waiting for the facts.[/B][/QUOTE] What you talking about? I remember Floyd saying he wouldn't take the fight and claimed it was because Paq had spoken about his injured shoulder. What kind of fighter gives that as a reason?…

[QUOTE=j.razor;20014099][B]I'm still waiting for the facts.[/B][/QUOTE] Dumb azz ***** doing exactly the same thing Duckie did every time he was asked when he would grow a pair of balls to fight Manny. Duckie would always respond by saying, “take the…

[QUOTE=TrueBox;20006761]Facts? OK. Fa95? Go to the Mayweather boxing club. Who went into hiding when 147 was hotter than hell? FACT. Who put up roadblocks to duck Pacquiao during the PacMania era ‘08-‘12? FACT. Who made ridiculous demands like forcing a…