Mayweather: I Can Teach Deontay Wilder How To Beat Tyson Fury

Five division world champion Floyd Mayweather believes that he can train Deontay Wilder to victory in his upcoming trilogy fight with Tyson Fury.

Wilder has exercised his right to fight WBC heavyweight champion Tyson Fury for the third time after losing the WBC title last month.

Wilder (42-1-1)  was dropped twice and stopped by Fury (30-0-1) in the seventh round at the MGM Grand Arena in Las Vegas. The first time around, they fought to a controversial twelve round split draw at Staples Center in Los Angeles. 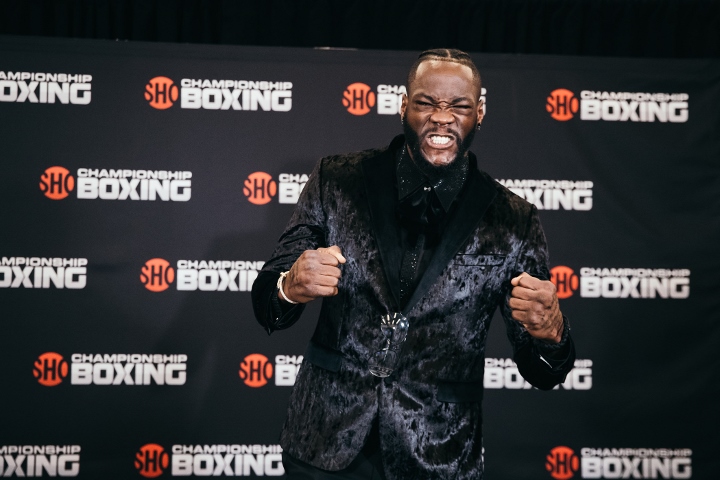 At the moment, the fight is being targeted for the date of July 18th, also at the MGM Grand.

Mayweather was speaking at an event in Manchester, England over the weekend when he was asked straight-up -- "Do you think Wilder will win in a rematch with Fury?"

In the wake of Wilder's loss to Fury, Mayweather spoke out in Wilder's defense, after the boxer was catching heat for stating that his ring walk outfit was a contributing factor in the defeat.

"Win, lose or draw ... Deontay is our brother that has accomplished many triumphs and as a community we should all uplift and support him throughout it all," Mayweather stated. "No matter what, you're still a winner in my eyes, King!"

Mayweather retired back in August of 2017, when he stopped UFC superstar Conor McGregor in the tenth round of their mega-fight at the T-Mobile Arena in Las Vegas. There has been talk of Mayweather fighting again at some point this year, but there is no concrete information on whether or not his return will be an exhibition or a sanctioned contest.

No, chicken boy, you can't teach wilder to win against fury. You can only teach him how to run like you usually did in the ring. LMAO

[QUOTE=Rockybigblower;20441077]No...there's only one. That's why it's called a record. In my best Malignaggi voice ==> Don't bring coins to a cash fight.[/QUOTE] You're stupid...if you don't know that its "who" you fight that makes your record meaningful or not then…

[QUOTE=Calibaloc;20440454]Ok.Well Who the "Fook did he actually beat and/or fight for his 54-0 record to actually mean anything?" In my Conner McGregor Voice. You can't be this stupid. Can you? [B]There are a lot of people that can have a…

[QUOTE=Roadblock;20440540]Special fighter, like being 6 ft 9in ! Thats his major specialty because it gives his style a major advantage, other than that his boxing is not great. Wilder is all about power, if he can land he can beat…

[QUOTE=Skip Bayless;20440407]Fighters should avoid floyd as both a trainer and promoter, the only thing this guy cares about is himself[/QUOTE] Yessir. Floyd don’t give a flying FACK about the black community, let alone Wilder.