2018 was filled with plenty of trash talk from active fighters.

Mayweather and De La Hoya have had a hostile relationship since their record setting pay-per-view fight in 2007 - which Mayweather won by way of a twelve round split decision. 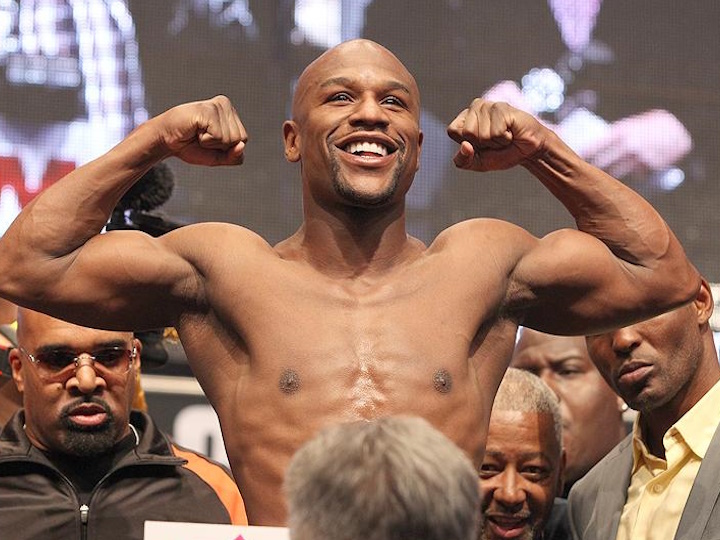 De La Hoya retired from boxing in 2008, while Mayweather announced his retirement in August 2017 - although there are rumors he will face Manny Pacquiao in a potential rematch in 2019.

"Happy Merry Christmas Eve to everyone who is great full and optimistic about life and positive about everything that doesn’t go your way. Life is truly beautiful if you wake up every morning believing in yourself and in others. And to the haters go f*** your self. Hoho," De La Hoya wrote.

He later dropped a hint that his message was directed towards Mayweather.

And it didn't take long before Mayweather responded.

"I never claim to be a rocket scientist, but in the boxing ring I’m Albert Einstein. This is the same coke head talking about running for president in 2020," Mayweather wrote back.

De La Hoya also responded, stating that he posted his initial message with the hope that Mayweather would "take the bait" and respond.

But many fans questioned why De La Hoya would reignite his feud with Mayweather during a holiday weekend - especially since things appeared to be quiet between the two.

"Hahaha the idiot Floyd Mayweather took the bait, I intentionally misspelled to see if the dummy would respond and sure enough he did. Floyd have you apologized to all those women you hit and went to jail for? Just retire already and enjoy Golden Boy Boxing in 2019," De La Hoya wrote.

[QUOTE=Shadoww702;19389608]I highly doubt Floyd wants his name associated with the words beat, ass, and Oscar in the same sentence??? I dont think ANY man would.[/QUOTE] You speak all facts my man Lmao!!

[QUOTE=TexasCowBoy;19389932]I am special...makes life easier...you should try it....1st I dont wear knee pads for any man unless its my 2 sons 2nd I love all women because my children were born from women...once you see life black and white with…

These guys act worse than their own Children :nonono: Mind you these guys are both in their 40's :lol1:

Hey pantyhoya, why don’t you guys make a money match with your respective promotion companies. A beat out the vengeance PPV event for the 40s. A 4 round exhibition bout between them. Winner takes all. Put up or shut up!