Maurice “Mighty Mo” Hooker (26-1, 17 KOs) will return to the ring for his highly-anticipated fight on December 20th at the Talking Stick Resort Arena in Phoenix, Ariz. where he will take on Mexico’s Pedro Campa (31-1, 21 KOs).

Hooker vs. Campa will serve as one the main undercard fights with Danny Jacobs and Julio Cesar Chavez Jr. headlining. The match is presented by Matchroom Boxing in association with Roc Nation Sports and will be broadcast live on DAZN in the U.S. This will be Hooker’s first fight since losing a nail-biting fight against Jose Ramirez in a unification bout on July 27.

“I’m excited to get back in the ring on December 20th,” said Hooker. “I know I’m still one of the top guys in my division and I’m ready to do whatever it takes to be a world champion again.” 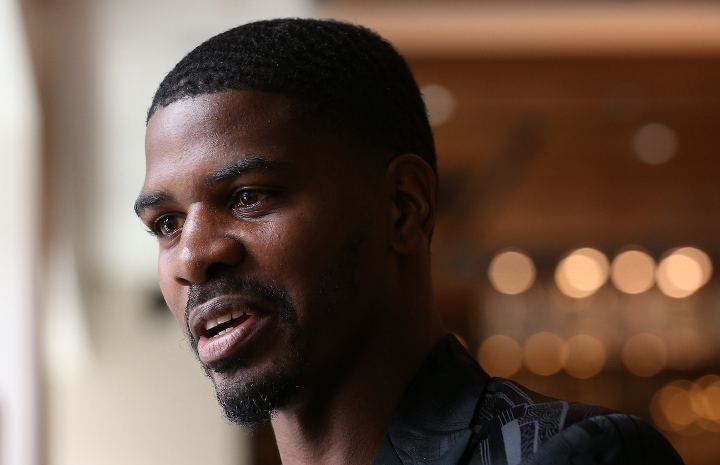 This fight will be crucial to Hooker’s climb back into the rankings as he looks to continue his quest to earn back a world championship belt and prove to the boxing community that he is still one of the best pound-for-pound fighters in the world.

“Maurice has proved he is one of the best and most exciting boxers in the world,” said Roc Nation Sports boxing promoter Dino Duva.

“Now, he enters the next phase of his career, and I’m confident he will be better than ever. To show what kind of warrior he is, he’s not taking a cake walk opponent. Pedro Campa is a very good fighter from Mexico with a phenomenal record. On Dec 20 on DAZN, Mighty Mo will continue to thrill the fans, and then I look forward to him going on to win another world championship in 2020. As always, I am grateful and excited to be working again with Eddie Hearn and our good friends and partners at Matchroom Promotions.”

[QUOTE=Mammoth;20216331]Hooker vs a Mexican has always = a fun fight so far so I'm good with this[/QUOTE] Same. Saucedo and Ramirez were fire fights for what they lasted. I seen Campa on box azteca and he does come to fight

[QUOTE=Htown-Finest;20216004]Hope hooker comes back big and wins a chip Props for Ramirez and Hooker for last fight and promoters They could of went the al haymon route[/QUOTE] You still mad nobody watching dazn