Shea was coming off a decision victory over Edina Kiss in her previous fight on Oct. 18 in Niagara Falls, New York. 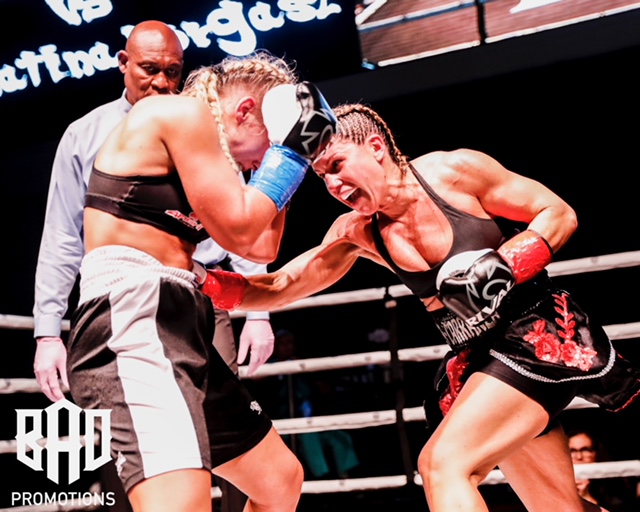 The 39-year-old Shea was the aggressor from the opening bell, sitting down on her punches and slowly breaking Horgasz down in each round. Horgasz was game but was not able to defend herself during the middle rounds, as was evident when she almost remained on her stool after the fifth round.

Horgasz did answer the bell for round six, but was hit repeatedly by Shea, prompting referee James Warring to stop the fight at 1:32, saving Horgasz from taking further punishment.

Shea has not lost since losing by knockout to Lindsay Garbatt in August of 2009, a span of 17 fights. She is originally from the Bronx, New York and now trains in Boca Raton, Florida.

“It was exciting to fight in front of an energetic South Florida crowd,” Shea told BoxingScene Tuesday morning. “It felt great to execute elite-level boxing, technique, and strategy to a crowd that may have never seen that level of boxing from a female.”

Shea, who is trained by Derik Santos, fought at 121.75 pounds on Friday night, but is hopeful to fight for a world title this year in any weight class.

“I’m looking forward to a 2020 world title run at (either) 118 or 122 (pounds),” said Shea, who spent time living and training in the boxing hotbed of Ventura, California.

Heavyweight Raphael Akpejiori of Nigeria stopped Sarasota, Florida’s Mike Ford (6-2, 5 KOs) at 47 seconds of the second round. The 29-year-old Akpejiori, who stands 6’8”, improves to 6-0, 6 KOs.

Promoter of the card was Blake Davis of BAD Promotions.