The ratings for HBO’s first boxing broadcast of 2018 are comparable to the premium-cable channel’s last boxing offering of 2017. 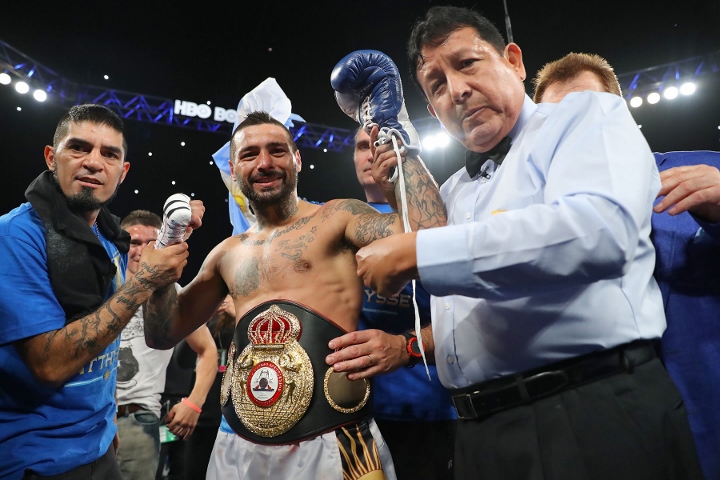 Like Kiram, Saunders made his HBO debut when he defended his title against Montreal’s Lemieux in Laval, Quebec, Canada. The British southpaw’s fight against the hard-hitting Lemieux generated more buzz among boxing fans, though.

Argentina’s Matthysse knocked down Kiram twice in the eighth round of what previously had been a boring bout at The Forum in Inglewood, California.

The 35-year-old Matthysse (39-4, 36 KOs, 1 NC) fought on HBO for the first time since Ukraine’s Viktor Postol (29-1, 12 KOs) knocked him out in the 10th round of their October 2015 fight for the WBC super welterweight title in Carson, California. The unknown Kiram (38-1, 28 KOs) made his debut on American television and fought outside of his native Thailand for the first time in his 10-year pro career.

[QUOTE=WBC WBA IBF;18452900][B]You clearly were ducking the thread. First you tried to not quote me so I wouldn't see your reply and when that didn't work, you just quit the thread. You're not fooling anybody.[/B] [B]The data exists, Nielsen just…

[QUOTE=North Star;18452292]My point is, WGAF. Numbers get posted for HBO, and folks come in here to excuse Showtime having lower average numbers because of this, that, and the other thing.[/QUOTE] It's common for fans to express confusion over Showtime pumping…

[QUOTE=bigdunny1;18452328]You obsessed bytch so now if I don't respond in 5 mins including when I'm sleeping I vanished?[/QUOTE] You clearly were ducking the thread. First you tried to not quote me so I wouldn't see your reply and when that…

[QUOTE=North Star;18450102]I watched the fight on Saturday on HBO, streaming through DirecTV Now. Some providers like PS Vue have cloud DVR, so they can watch whenever it pleases them. Regardless of all this. Ratings problems at Showtime are nobody's fault…

[QUOTE=WBC WBA IBF;18451960]Notice that once Big Dummy realized that DirecTV NOW is counted by Nielsen, he mysteriously vanished from the thread.[/QUOTE] You obsessed bytch so now if I don't respond in 5 mins including when I'm sleeping I vanished? Nobody's…