Some insiders thought he was joking, but UFC superstar Jorge Masvidal is double-down on his desire to fight multi-division champion Canelo Alvarez.

Both of the popular fighters were in action on Saturday night, headlining their own respective events on opposite sides of the United States.

Headlining at the MGM Grand in Las Vegas, Canelo knocked out Sergey Kovalev in the eleventh round to capture the WBO light heavyweight title, while Masvidal stopped Nate Diaz in the main event of UFC 244 at Madison Square Garden in New York City. 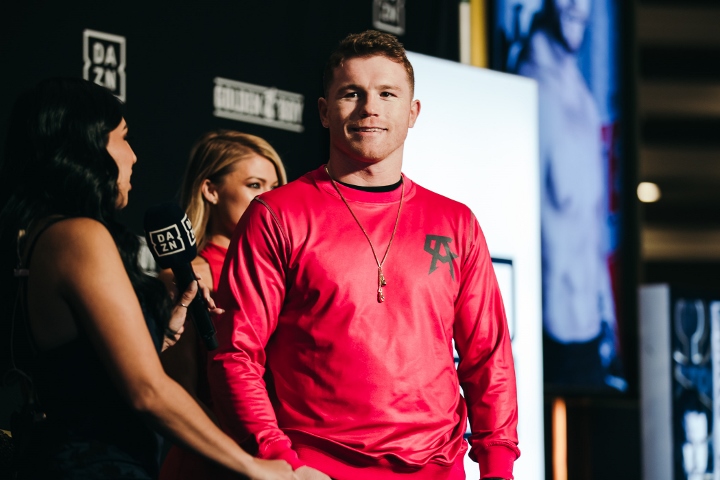 There was a lot of controversy that night - because the Canelo-Kovalev main event was delayed until the conclusion of Masvidal's fight with Diaz.

The decision by Golden Boy Promotions and DAZN, to delay Canelo-Kovalev, created a very long gap of time between the main event and the co-feature. To entertain the live audience at MGM, arena officials showcased Masvidal-Diaz on the big screens inside the area.

Masvidal wants to create some crossover bank - by following the formula set down by five division champion Floyd Mayweather and UFC superstar Conor McGregor - who collided in a mega-event in August 2017. Their boxing match generated over 4 million pay-per-view purchases.

Masvidal believes that he would be competitive with Canelo in a boxing ring.

“I’m dead serious about trying to fight Canelo Alvarez. Give me a nice little change, I’ll take my talents over there. I feel like I can shock the world. Is Canelo a better boxer than me? Has he thrown ten thousands jabs more than me because that’s what he does morning and night, yeah, he’s a better boxer," Masvidal told reporter Ariel Helwani.

"But can I bring some elements that boxers ain’t used to that are in the legal realm of boxing and throw Canelo completely off his game? F--- yes, man. I’m a naturally bigger dude. I punch like a F---ing truck. If I got boxing gloves on, I’m not afraid of breaking my hand because I got that cast on so I’ll be swinging extra harder. I feel like I could be a legitimate ass threat in there.”

I will fight timid as hell, and won’t come close to trying to land a meaningful punch; the money is in the bag. My only question is where did they have dinner before the fight!

Another delusional mma guy , you will get the ssshhttt beat out of you but go ahead not hating on you for wanting that boxing money . Fk Dana white dude is a hypocrite f a g .

Homeboy sees the peanuts he’s making to get rocked in the octogon and wants a taste of that boxing money. Sorry, Lord Dana won’t let his guys take any more L’s to boxers!! You’ll take the crumbs your slave owner…

[QUOTE=BigStomps;20170415]Okay fair enough. But in all honesty i think having only ten weeks in between fights is an advantage to fighters as long as they don't do it often... Kovalev was in shape when he started training for Canelo so…

[QUOTE=Jab jab boom;20170357]here are the props, he moved up 2 weight classes and beat a credible champion by ko. Kovalev was a deserving champion unlike the Rocky fielding scam. But.....as I said before the fight, Kovalev's age, wear and tear,…