Poland’s Mateusz ‘Master’ Masternak gets huge support from fans in his home country before the Ali Trophy Cruiserweight Quarter-Final against Yunier Dorticos October 20 at the CFE Arena, Orlando, USA.

“I feel appreciated and honoured to be part of the World Boxing Super Series,” said Masternak. “It’s a big thing to be part of this group of eight great boxers. For me, this is a huge opportunity that I want to use.”

Mateusz Masternak, 31, from Wroclaw, Poland is a former EBU (European) Cruiserweight champion. His dangerous right hand and accurate hooks are known and respected by everyone in the division. 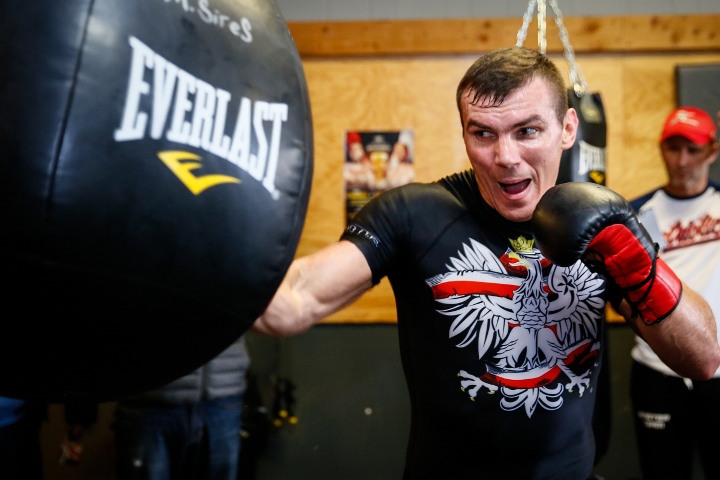 In 2014 he fought for the WBA Interim World Cruiserweight Championship and lost via split decision to DR Congo’s Youri Kayembre Kalenga. The defeat was exchanged to a TKO victory in round six after a dominating performance when the pair fought for WBO’s European title this year in April.  Now Masternak eyes the chance to finally reach the highest top.

“Few people count on me in the world, but I believe that I will be able to win the tournament, although I know that a very difficult task is ahead of me because in this group of eight there are no weak fighters and everyone wants to win,” said Masternak.

“Polish fans are normally very divided when it comes to me. Some believe in me, others strongly criticize me and don’t give me a chance. But now, before this fight, I get a lot of nice and warm words and a lot of people say that now it’s my time, now it’s my moment to prove to the whole world that I can beat the best fighters out there.”

‘Master’ admits the challenge is big when he faces Season I sensation, Miami-based Cuban Yunier Dorticos, who is among the favorites to take home the Muhammad Ali Trophy in the upcoming season.

“Dorticos is a very good boxer, presenting a good Cuban boxing school, and he has a very strong punch. In Poland he is known and valued for his great fights in the first edition of the tournament, winning against Kudryashov and for his big heart in the fight against Gassiev,” said the Polish hardhitter.

“I believe I will beat Dorticos. I’m clever, I’m experienced ... and you'll see the rest in the ring because we have a very good plan.”

Dorticos should knock Masternek out IF he's the same fighter he was pre gassiev. He took a horrible, possible career/life changing beating in that fight, hopefully his epic chin has not been cracked.

Masternak is very underrated, if Dorticos is not the same fighter pre-Gassiev, he could definitely lose this

[QUOTE=ceylon mooney;19091637]best weight class in boxing. too bad levedev aint in it. hes got a lot to prove. be great to see what hes got.[/QUOTE] I didn't even think of that mfer. Why didn't Lebedev get in THIS 200lb tournament?…

[QUOTE=Thraxox;19091217]The paydays in the WBSS were good though. He got close to 5+ mil I think in his last 2 fights because of the WBSS.[/QUOTE] Yea I'm sure thats why he re-up'd with this WBSS tournament. But I don't think…