Sometimes a fight is more about the sum of its parts than any single participant. It might be the case Saturday night on ESPN (10 PM EST). Neither champion of challenger in the scheduled Jr. lightweight title clash is a superstar.

Neither is considered the leader of the division.

Still, on paper, this is a potentially fascinating clash. The winner is staring at a chance to inch closer to the sort of fame, notoriety, and bigger economic opportunity at the root of risking the dangers of the sweet science.

The challenger has struggled in previous step up fights but has come down the scale to test his luck. The champion made his luck in his first try at a title and piqued interest with a fan friendly approach. Who walks out with the strap? 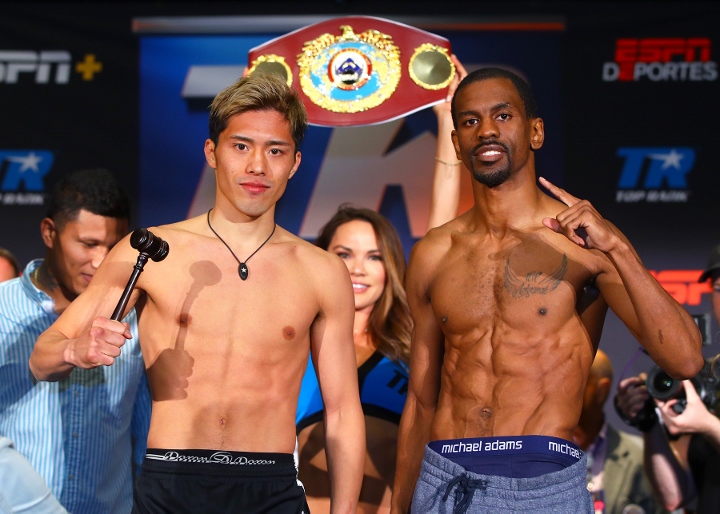 Ito is a betting favorite here coming off of two quality wins in title fights but neither of those wins came against fighters proven at the championship level. Conversely, Herring’s first loss came to a physical, seasoned veteran in Denis Shafikov who easily could have been a champion with different scoring eyes against Robert Easter. Put the belt aside, and this looks a lot like a clash between fighters still looking for the resume proof in their careers. Herring has some amateur chops; he was a US national champion and Olympian in 2012. Since inching down the scale from lightweight, he’s appeared a little stronger and might be a little quicker than Ito. Herring is also a bit taller and working from distance off his southpaw jab should find Ito hittable.

Ito though has shown a good beard and physical strength that will serve him well when the fight is fought at closer range. Neither man is a regular knockout artist of note but Ito appears to have the heavier hands and it could make a difference as the fight moves along. The thinking here is it might not make enough of a difference. Herring is fighting for his whole career Saturday and should be able to use his feet and jab to keep a step ahead and away from Ito. The pick here is Herring in a mild upset by decision.

I can see the headline right now: ITO SMOKES HERRING