Masayuki Ito Back on September 13 in Japan, at 135-Pounds

Former World Boxing Organization (WBO) super featherweight world champion, Masayuki Ito (25-2-1, 13 KOs), officially announced that he will return to the ring on the 13th  of September at Tokyo's Korakuen Hall against an opponent to be defining in a 10 round bout at lightweight, not super feather.

Another bout taking place on the card, over 10 rounds for the Japananese featherweight championship, will see a battle between world ranked Reiya Abe and Ryo Sagawa.

For Ito, it will be his first fight in the ring since his failed attempt to defend the WBO super featherweight belt for the second time against Jamel Herring, who walked away with a twelve round decision at Osceola Heritage Park in Kissimmee, Florida, in May of this year. 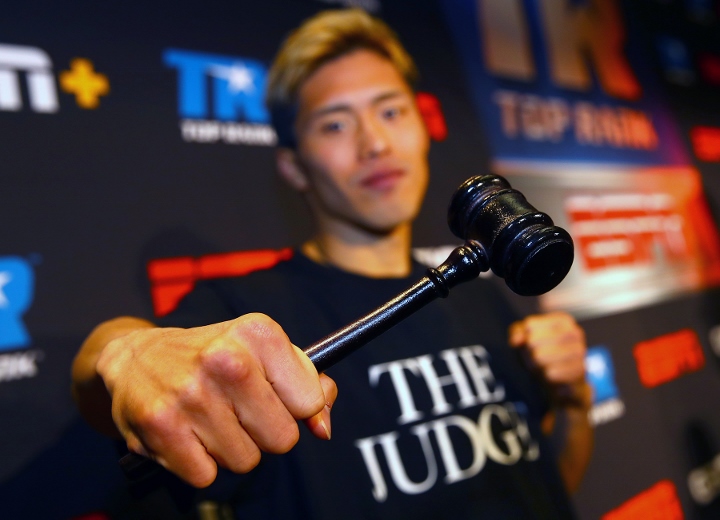 In July 2018 in Kissimmee, Ito was crowned the WBO champion by beating Puerto Rican Christofer "Pitufo" López by decision in his first fight outside of Japan.

On December 30, 2018 in Tokyo, Ito was successful in the first defense of the belt against mandatory challenger Evgeny Chuprakov of Russia.

At the press conference, Ito said: "After my defeat against Jamel Herring, I really had no choice but to suffer a spiritual shock. In that fight, I did everything I could, but, I was not able to walk away with what was mine. Now, I understand more than enough that I was wrong about my strategy in the ring.

"I fully realize that I am not finished as a boxer that I am still able to give much more in boxing with more encouragement and with more possibility. I am not convinced to end my boxing with what happened against Jamel Herring. Therefore, it doesn't take me a long time to come back to boxing with the intention of shining again."

As of mid-August, for two weeks, Ito plans to remain in Los Angeles to undergo intensive training under the direction of coach Rudy Hernandez with a view to his return to the ring in style.

Ito could have a fight with a world ranked opponent at the end of December, according to his manager.