Hall of Famer and former world champion Marvin Hagler hopes Deontay Wilder beats Tyson Fury so he can take on Anthony Joshua in a heavyweight unification bout he believes is “way overdue”.

WBC champion Wilder and Fury fought out a controversial draw at Staples Center in December 2018, with the latter knocked down twice and somehow getting up from the canvas in a dramatic twelfth round. 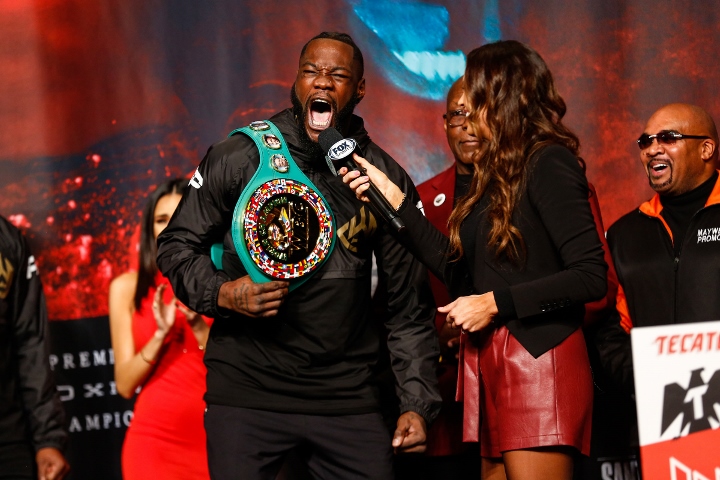 The pair will renew their rivalry at the MGM Grand in Las Vegas on Saturday and Hagler – the former undisputed middleweight champion – hopes it proves to be a significant step towards the American meeting IBF, WBA, IBO and WBO king Joshua in the ring.

“It’s great to see the heavyweights come back into the picture again, because they’ve been out of focus for a long time,” Hagler told Omnisport ahead of the Laureus World Sports Awards.

“Guys like Tyson Fury bring a lot of excitement; he’s a character. And Wilder is a type of person who’s unpredictable – you really don’t know what kind of style he’s going to come into the fight with.

“I don’t think he’s going to fight Fury the same way as the first time. I believe this time too that he’s going to make sure that if he gets him down, he’s not going to be able to get up.

“I’m looking forward to the fight. It’s an unpredictable fight because you don’t know what game plan they’re going to have going into this fight.

“I don’t think now it’s about money, it’s a personal thing between the two of them: who wants to be champion of the world?”

[QUOTE=Bronx2245;20400015]You probably should have never responded to the post, since you're having problems understanding the main point. It's all good. The person it was intended for totally understood![/QUOTE] You responded to my initial post, I didn’t seek you out. So…

[QUOTE=Ray*;20399647]Yeah let’s leave it here, because nothing you said here is relevant.[/QUOTE]Plus you never explained the "Haymon/PBC" model in the first place, so I guess it is irrelevant. All I know is Haymon has let plenty of his fighters headline…

[QUOTE=Bronx2245;20399351]When Miller failed, who did Hearn call? His "Plan B" was Ortiz or Ruiz, even though he had Hunter and Hrgovic available to him in his own stable. I'll just leave it there because I have a bit of respect…

[QUOTE=The Big Dunn;20397998]You know how it goes-posters like that seem to always ignore when PBC works with other promoters so they can fit everything that happens into the narrative that PBC is bad. The Haymon model seems to be make…