Martin Murray: I Don't Think Saunders Has Fought Anyone Like Me

Martin Murray has never had it easy. In four attempts at world titles he has travelled to Germany twice to face Felix Sturm and Arthur Abraham, Monaco to box a prime Genady Golovkin and Argentina to face Sergio Martinez. He was also due to face Julio Cesar Chavez Jr in Texas, but that fell through because of visa issues.

“I’ve never turned down a fight,” Murray said. “That’s why you need a good manager and a trainer, who know when to say no. But I would face anyone if the money was right.”

Murray has his fifth world title shot when he challenges Billy Joe Saunders for the WBO super-middleweight title at the SSE Arena, Wembley, on Friday. It will be behind closed doors, but that doesn’t bother Murray. “I’m used to the crowd being against me,” he said.

At 38, this must be a last chance for Murray and while Saunders is unbeaten and a WBO champion at two weights, hiss rollcall of opponents doesn’t stack up well next to Murray’s. They were meant to meet before in 2018, but twice Saunders pulled out because of injury.

“I was angry at the time, but I’m over it,” Murray said. “I was frustrated at the time. I had gone through two training camps, time away from my family and to be let down the second time was hard. I don’t hold nothing against anyone. I’m just happy we are here and it is finally happening.”

Considering how things have gone since then for Murray, it is remarkable he has got another shot. Firstly, there was a defeat to Hassan N’Dam three days before Christmas that year, which was the start of a miserable festive period.

“I had booked to go on a cruise in Asia 18 months before and it turned out the day I was fighting was the day I was supposed to be going on the cruise,” Murray said. “My family went flew to Hong Kong. I had an off night, but still thought I won. I had to get a flight the next day to Hanoi. I only saw my wife and kids on Christmas Day, then I got a water infection and ended up in the hospital on the boat on New Years’ Eve.

“I just thought that was it. I’ve never cut corners but sometimes you don’t get out what you put in. I thought I had had enough. I came back and Jamie [Moore, his trainer] came round and it was like ‘What are we going to do?’ I started personal training and through that and passing on my love of boxing, I got my love of it back. Then I just thought I would take it a fight at a time.  Then I thought I could still do it and there was still a big fight in me.” 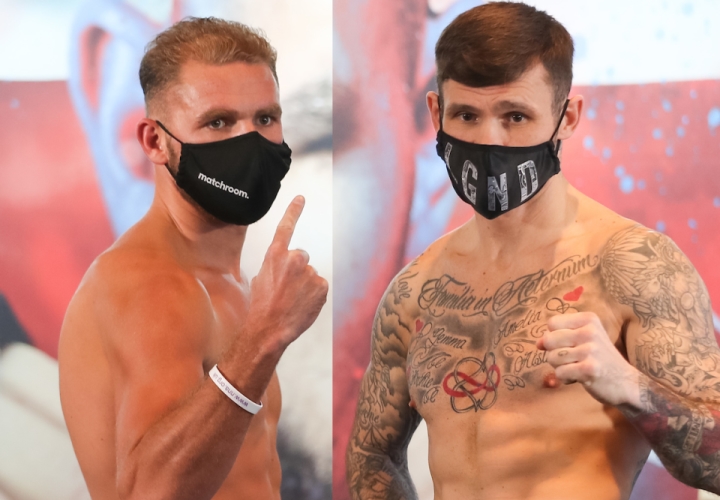 He had two wins in 2019, which he hoped would set him up for a big 2020, only for the world to fall apart. When you are in your late 30s, the sporting lockdown cause by coronavirus made him believe his time was up, before he got the call out of the blue to face Saunders.2

“A couple of months ago I thought it was time,” Murray said. “COVID has ruined a lot of people’s lives and I thought it had ruined my career. And I thought I might call it a day. When is boxing going to start?

“I’ve been on some lonely places at times, but I’ve always believed in myself. Hope has always been here. I thought it would finish my career, but it will end up making it.

“I know I am in for a hard fight but I don’t think he has fought anyone like me, he hasn’t fought the opposition I have fought and I always felt I could beat them. But in the same breath, it’s a hard fight, I like challenge, I’ve always wanted to test myself against the best. He’s one of the best, he’s a world champion. But I’m ready for it and I do think I can win.”

[QUOTE=Mario040481;20927929]I have been informed elsewhere that I am totally wrong as Jersey Joe Walcott won in his fifth attempt, which happened way back in 1951[/QUOTE] Oh that’s crazy it took in five attempts when there was only one belt around,…

[QUOTE=deathofaclown;20927791]Yeah I can’t think of a fifth but George Groves won it on his fourth attempt I think (?)[/QUOTE] I have been informed elsewhere that I am totally wrong as Jersey Joe Walcott won in his fifth attempt, which happened…

[QUOTE=Mario040481;20927782]Is there any precedent here? Any one else win a title in their fifth attempt? If so, I would think it would be a relatively "new" thing, as it would be hard to accomplish just getting that many attempts without…

Is there any precedent here? Any one else win a title in their fifth attempt? If so, I would think it would be a relatively "new" thing, as it would be hard to accomplish just getting that many attempts without…

It's not even about resume it's about levels and styles. Murray is gonna struggle here. Should be a straightforward UD for Joe.