Rui Manuel Pavanito has stepped in to face Martin Murray on Friday.

Murray, from St Helens, had been set to take on Kim Poulsen from Denmark at the Eventim Olympia.

The clash will form part of the supporting cast to Jazza Dickens’ vacant IBF European featherweight title clash against Australia’s Nathaniel May, exclusively live on iFL TV in the UK and ESPN + Stateside. 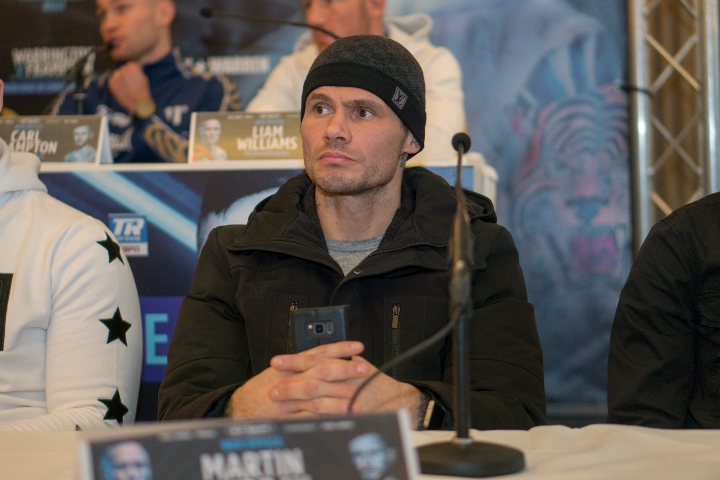 Portugal’s Pavanito has a record of 10-8-1 with five quick and comes in to face Murray in what is the former four-time world title challenger’s return since losing to Hassan N’Dam last December at Manchester Arena.

He is the current Portuguese champion up at super-middleweight and hasn’t been in the ring since last November but is stepping in after unforeseen circumstances saw Poulsen pull out.

Poulsen, who has a ring record of 28-5 with seven quick and is 32 years old, was last seen taking interim WBA Oceania super-middleweight champion Jayde Mitchell the full 10 rounds in December and was very much a live opponent – but 36-year-old Murray has been forced to adapt to the late change of opponent.

Craig Glover will look to get back to winning ways on the card and Sam Maxwell will fight for the first time since winning the WBO European super-lightweight title with a 12th-round stoppage win over Sabri Sediri of France in Leicester back in March.

Natasha Jonas will feature, Ged Carroll will fight on the bill and there will be action for John Quigley and Billy Potter who will be making his professional debut after signing with Alfie Warren and Warren Boxing Management.

But classy youngster James Heneghan has been forced out of his fight on the card after suffering a virus in training which he has failed to recover from.

This card has taken a big nosedive from what it originally looked like it was going to be. Similar to the now defunct Massey/Okolie card and tomorrow's Matchroom Italy card

Murray needs to finish this one in 1 or 2 rounds, not sure where he goes from there but he is committed.