We can add Martin Bakole to the growing list of boxers making headlines for all of the wrong reasons.

The streaking heavyweight prospect was rightly called to task for a horrific video he shared on his verified Twitter account over the weekend. The post showed a 19-second video of what was described to BoxingScene.com as an adult male raping a minor, along with the boxer’s own disgusted take.

“This bastard is very wicked man,” Bakole (15-1, 12KOs) said in a tweet which was quickly deleted amidst an outpouring of criticism and outrage over sharing a video containing child pornography in the first place.

Quick to realize the error of his ways, the heavyweight—who is the younger brother of reigning cruiserweight titlist Ilunga “Junior” Makabu—did his best to remedy the situation, although that didn’t quite take.

“I apologize for the video guys,” Bakole said in a follow-up tweet posted 22 minutes after the original. 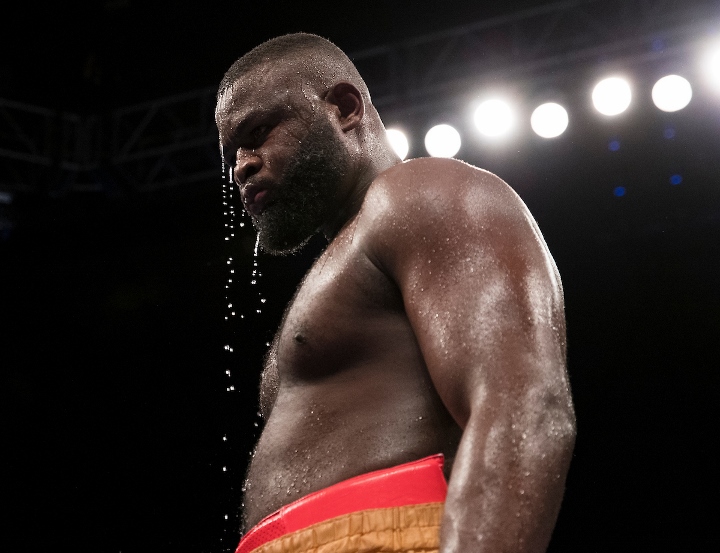 Both tweets have since been scrubbed from his timeline, although plenty of snapshots exist to confirm what took place. Bakole remained offline for the next several days, as did his head trainer Billy Nelson—normally an active Twitter presence prior to the incident in question.

The Congo-born, Scotland-based prospect has since resurfaced, taking a few days to collect his thoughts in properly explaining his actions.

“I want to address my post last week,” Bakole noted in a statement posted on his verified social media account. “My intention was to draw attention to the disgusting and vile person in the video, not condone the action IN ANY WAY. My culture is to expose these nasty people.

“I now understand this is not the right approach through social media and I am very sorry for posting the video.”

What has yet to be explained is how the boxer obtained the video to begin with, or whether it has been submitted to the proper authorities. An inquiry placed to the British Boxing Board of Control earlier in the week revealed that the matter is not yet under investigation, as it has not been officially reported nor does there exist a consistent take on the full content of the video.

On the boxing side, Bakole has been out of the ring since a 2nd round knockout of Rodney Hernandez last November in Manchester, England. The win was his fourth straight, since suffering his lone career defeat which came in a 10th round stoppage at the hands of Michael Hunter in October 2018.

[QUOTE=Gideon lock;20493157]He must have been looking for that sort of thing not once in the 15 plus years of using the internet have I came across a video like that?[/QUOTE] Hit refresh on 4chan enough times you'll see all sorts…

There are levels on how you behave in society and what levels you can go to. This boxer crossed the line because he knows it’s sick and yet he still uploaded for other people to see and whether he was…

[QUOTE=Dasmius Shinobi;20493756]Thank you for the information. I never knew that dark side in torrent sites. Impress how one learn every day.[/QUOTE] :beerchug:

[QUOTE=ShoulderRoll;20493702]He didn't think it through but obviously he was doing so out of indignation and disgust. His heart was in the right place.[/QUOTE] I think so. A real pedophile would never give himself away by posting child p[COLOR="Black"]o[/COLOR]rnography on twitter…

[QUOTE=ShoulderRoll;20493702]He didn't think it through but obviously he was doing so out of indignation and disgust. His heart was in the right place.[/QUOTE] I agree in a way. It wasn't something he condoned. Something he shouldn't have ever shared but…