Daniel Dubois announced last week that he will be trained by Mark Tibbs moving forward.

He still has a management contract in place with former coach Martin Bowers but has opted for a “fresh start” after the first loss of his professional career, against Joe Joyce last November.

Joyce is likely moving on to a big fight with Oleksandr Usyk while Dubois begins a rebuild of sorts.

Speaking from Fuerteventura, where he’s working with Billy Joe Saunders, Tibbs said he was excited at the prospect of training Dubois and that he had unfinished business at heavyweight following a split with contender Dillian Whyte last year.

“I believe I can bring something to Daniel’s game,” said Tibbs to BoxingScene.com. “I can add some seasoning to his game and make him a different fighter. I’m confident in that, and it won’t take too long.”

Tibbs and Dubois have yet to have a session together and they haven’t seen one another in around a year, but before that Tibbs was training his fighters at the Peacock Gym, where Dubois was working with Bowers.

Tibbs and his family go back years with the Bowers family, when Mark was a teenager, so there’s no issue between them. 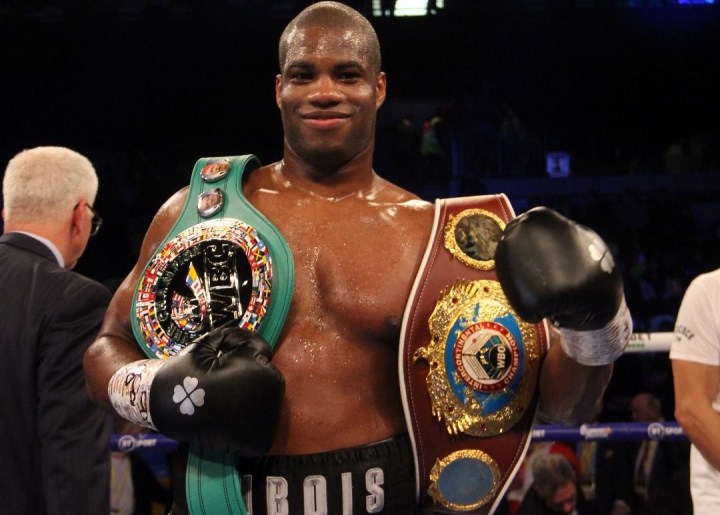 Tibbs’s father, Jimmy, is also going to be involved with Dubois. Jimmy Tibbs is one of the great UK trainers and worked with former heavyweight king Frank Bruno.

And Mark is already setting out what he wants to do with Dubois.

“There’s no point in him fighting in April [as per initial discussions],” Tibbs added. “Especially after the injury he suffered and sustained. It’s my responsibility to bond with him, see where he is psychologically before I can move forward with him so I plan to get him on my trip to America [for Canelo-Saunders] and hopefully I’ll be able to work with him in my spare time. I’ve still got to clear that with Billy Joe but that’s my plan. We’re still negotiating bits and pieces.”

Dubois has subsequently confirmed that Tibbs is his man. He’s met with Jimmy this week and been to check out the facilities at the Tibbs gym while Mark is in Spain.

“I haven’t seen Daniel in about a year but I’ve had a couple of meetings with his dad and his sister, I’ve spoken to his dad on the phone a couple of times and he’s been to the gym this week and met my father and an assistant coach who’s going to do something with him while I’m here in Fuerteventura,” said Tibbs.

“I do like the heavyweights, there’s a bit of magic about the heavyweights and I’ve got a guy, Johnny Fisher who’s making his debut on the 20th on the Matchroom card and they’ll be good for each other in my gym.”

Dubois broke his silence with an interview on the Queensberry Promotions YouTube channel last week and said he hoped to meet Joyce again in the future.

“I’d love to have the revenge [fight] but I’ve got to get back to basics and start from scratch,” he said.

“I’d be a lot fitter… more on it than I was. I look back on it and there are a number of things I could have done better, from the beginning of the fight, just my whole approach and attitude and stuff like that, but there we are.”

Talking of his decision to work with Mark Tibbs, he added: “I want a fresh start and I feel the experience that Mark and Jimmy Tibbs bring can help me on my way back. They both go way back into boxing and they’ve been at that top level before so I want to see if a fresh start will help. You only get one crack at the whip so I’ve got to go out there and do what’s best for me. Martin and Tony have done a tremendous job with me and I want to say we’ve had a fantastic journey but we go our separate ways, no hard feelings.”

Dubois still hasn’t got the all clear medically to return to the ring. Surgery on his damaged left eye was an option but could have caused permanent blurred vision so they’ve given the eye time to heal naturally. There’s no double vision and a Queensberry Promotions spokesman said Dubois’s medical team are happy with his progress.

They are hoping Dubois will return to action in May, providing the specialist clears him.