Mario Abel Cazares is confident in his ability to bring plenty of danger to the ring when he faces Julio Cesar Chavez Jr.

Cázares got the opportunity that he was waiting for, and that was urgent for him in his boxing career. Facing a world-class fighter, someone who is recognized and over whom a victory would project him towards bigger things.

Cázares (12-0, 5 KO's) will face Chávez Jr (41-4-1, 33 KO's) on Friday 25, at the Grand Hotel Tijuana, in a function being staged behind closed doors. The COVID-19 prevention protocols are being handled by the Tijuana Boxing Commission and the World Boxing Council.

The contest is scheduled to take place in the light heavyweight division, over a ten round distance. 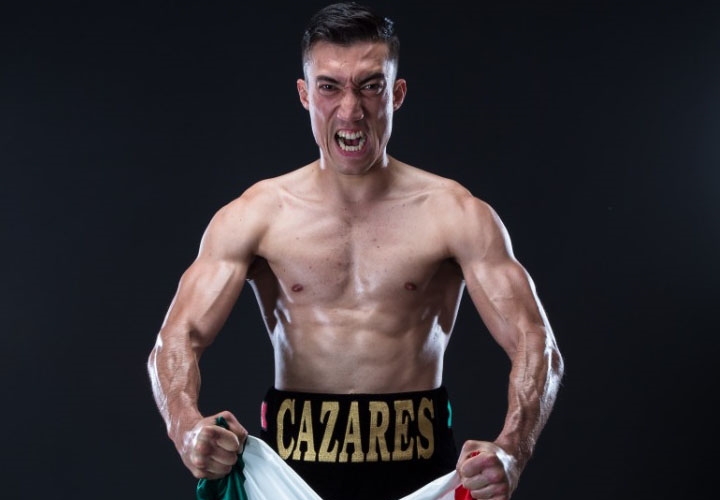 The fight will be the co-featured attraction to the exhibition fight between Mexican legends Julio César Chávez and Jorge “Travieso” Arce.

Cázares is 30 years old and only 12 professional fights, began his career in December 2015, after a brilliant amateur career in which he was a gold medalist in the National Olympiad, defeating Saúl "Canelo" Alvarez in the finals.

Cázares took advantage of this time to finish his studies and receive a degree in economics, including a doctorate.

When he received a medical discharge for an injury, he resumed boxing and began training and sparring at Freddie Roach's gym in California.

"I have a hunger for glory. What Chávez Jr no longer has and perhaps never had, that great detail will be key in the fight. I have an advantage in height, in physical and mental conditioning. Chávez was wrong to pick me. On September 25 I will succeed without a doubt and they will know who Mario Cázares is," Cazares said.

Chavez Jr. has been inactive since December 2019, when he was stopped in five rounds by Daniel Jacobs. Should he lose to Cazares, the son of a legend will potentially retire from the sport.

Might go the same way as Horn / Tszyu, with the veteran getting decimated.