Mario Barrios: Having My First Title Defense In San Antonio Is Huge

The news that Mario Barrios first received for his return to the ring was good enough to where he didn’t mind his next fight taking place behind closed doors.

The next phone call he fielded with an updated status report was even better.

What once began as just another fight on a stacked Pay-Per-View event at a crowdless Mohegan Sun Casino has instead become an overdue homecoming for San Antonio’s Barrios. The undefeated secondary 140-pound titlist heads home for a title defense versus Houston’s Ryan ‘Cowboy’ Karl, with their bout taking place October 31 on Showtime Pay-Per-View from The Alamodome in San Antonio.

“Having my first defense be in my hometown of San Antonio is huge,” Barrios noted during a recent virtual press conference to discuss the upcoming event. “The amount of feedback I’ve gotten back has been incredible.

“I know come fight night, Cowboy’s gonna have his fan base—he’s a cowboy for a reason. It’s going to be an exceptional night of boxing.” 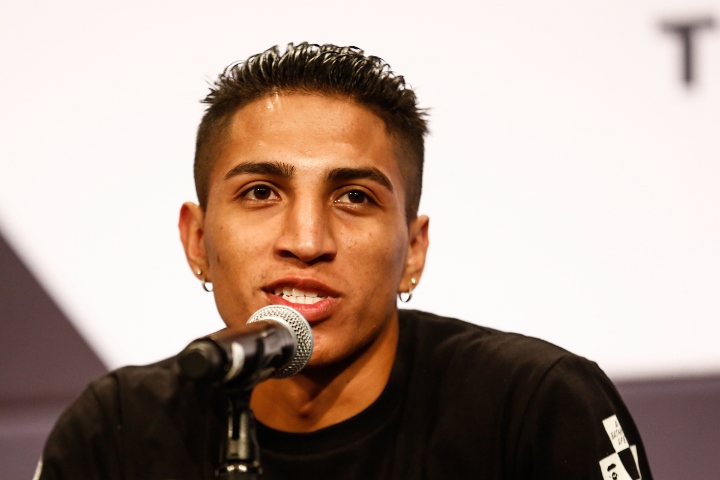 The bout was originally announced as one of six fights on the September 26 show co-headlined by Jermall and Jermell Charlo in separate title fights. Those plans changed in a hurry, with the bout relocated to the October 31 show which will be the first U.S. televised boxing event with fans in attendance since the pandemic. Social distancing measures will only permit up to 11,000 fans on hand in a venue that seats well north of 72,000, though a scattered crowd is still far more encouraging than none at all.

“If anything, it turned out bigger than it expected,” insists Barrios (25-0, 16KOs), who fights for the first time since a 12-round win over unbeaten Batyr Akhmedov last September in Los Angeles. “I expected my first title fight to not have a crowd, due to COVID.

“The fact that it’s in San Antonio, maybe with 11,000 it’s better than I expected. I was very excited. I think I let the news slip a little early, a little sooner than I was supposed to. I just couldn’t keep the news to myself.”

The bout is Barrios’ first true hometown appearance since a March 2018 knockout win over Eudy Bernardo at nearby Freeman Coliseum. The show is headlined by a two-belt clash between secondary lightweight titlist Gervonta Davis (23-0, 22KOs) and 130-pound title claimant Leo Santa Cruz (37-1-1, 19KOs), though there stands a chance the most raucous applause will come in the evening’s chief support.

“The amount of feedback that I’ve gotten since [the venue change] has been crazy,” reveals Barrios. “I’m excited. I want as packed of a house as there can be.”

[QUOTE=Clegg;20841631]I remember how this guy won his title, another case of corruption and fans being told a rematch would happen, but instead they just move on as if nothing happened[/QUOTE] barrios is a coward piece of sh%t tbh

Yeah but who gives a sh[COLOR="black"]it[/COLOR] about Cowboy Karl?

akhmedove won that fight hands down. mario step your game up, there is going to be opponents that can take the power and match you punch for punch. going to be an interesting night in San Anto this saturday.

[QUOTE=Clegg;20841631]I remember how this guy won his title, another case of corruption and fans being told a rematch would happen, but instead they just move on as if nothing happened[/QUOTE]Akhmedov definitely deserves a rematch, or at least an immediate WBA…

I remember how this guy won his title, another case of corruption and fans being told a rematch would happen, but instead they just move on as if nothing happened