Mares: I Still Want To Perform At The Highest Level Like I Always Have

The former three-division titlist has been out of the ring since a repeat loss to Leo Santa Cruz in June 2018. Plans were in place for Mares—whom represented his native Mexico in the 2004 Athens Olympics, but is now based in Southern California—to return to the ring sometime in the spring, only for the sport to be all but shut down in the wake of the ongoing coronavirus disease (COVID-19) pandemic.

Other than awaiting new marching orders, the plan remains the same—resume his boxing career while continuing to grow as a commentator and in-studio analyst.

“Honestly, nothing has changed,” Mares (31-3-1, 15KOs) told BoxingScene.com. “I was planning to come back in May. With all of this being moved, we don’t know how long this will take, but I will be more than ready. I just have to have faith and keep ready.

“I’m not coming back just to come back. I still want to perform in the ring at the highest level like I always have and make a statement.” 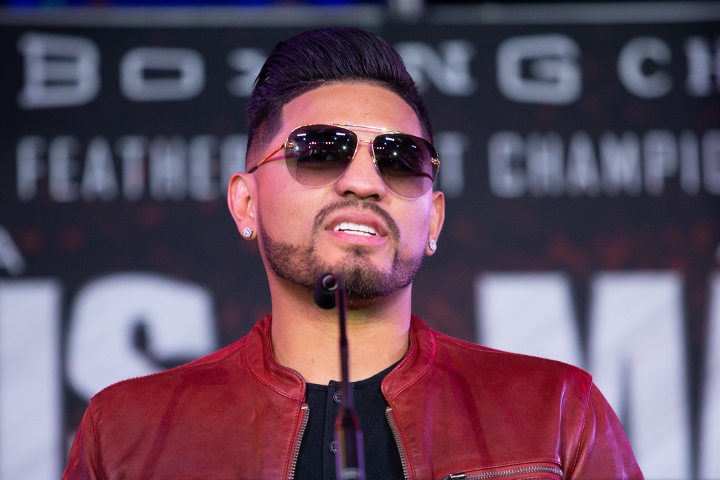 Mares has done that throughout much of a career that should warrant Hall of Fame consideration whenever he officially calls it a day. The 34-year old became the first home-grown fighter with Golden Boy Promotions to capture a major title, doing so in the first of two wins over Joseph Agbeko in 2011.

Dating back to his first title fight—a 12-round draw versus then unbeaten 118-pound titlist Yonnhy Perez—Mares enjoyed a three-year stretch facing nothing but former or current major titlists while adding belts at junior featherweight and featherweight. The latter became a two-tour reign following a secondary title win over Jesus Cuellar in December 2016—nearly 16 months after falling short in his first fight with Santa Cruz.

The belt was conceded in the June 2018 rematch with his longtime nemesis, with hopes from there of adding a fourth title around his waist. Mares was due to move up to 130 pounds to challenge unbeaten southpaw Gervonta Davis, only to have to withdraw from their February 2019 title fight after suffering a detached retina.

Mares has since further polished his role as a Fox Sports expert boxing analyst, while having long-served in a similar role for Spanish-speaking network Telemundo and its long-running Boxeo Telemundo series. With no action taking place in the ring, has come little demand for his services in either capacity until the sport and its shoulder programming are back to running at full strength.

Once that happens, so too will continue his quest of becoming a four-division champion now after being given a clean bill of health last December—along with collecting awards for his role on the other side of the ropes behind the mic.

“I want to continue doing both,” Mares insists, though his boxing career within reason and commentating as the long-term goal. “Being a competitive person won’t change despite the medium whether a professional boxer who captures four titles or as a commentator wanting to be known as the best, the most insightful. Roy Jones, Andre Ward, those guys always had that drive in the ring and (still do) as commentators.

“That’s what I want to be known as, to make that statement no matter what I do.”

I want to bang every hot Asian chick I see too. A lot of the times I succeed, and sometimes I don't have enough time. So wanting means nothing.

Gary Russell Jr should move up and fight Mares. Good measuring stick for both guys.

This dudes a bum. Glad jhonny knocked this moron out