Marcos Maidana Would Like To Fight Three Times in 2019

Former two division world champion Marcos 'Chino' Maidana is fully back in the swing of things in boxing, and after losing 31 pounds to get down to 187 in little more than four weeks of work with renowned strength and conditioning trainer Alex Ariza, is ready to have three fights 2019 - in June, September and December.

Maidana is training in Las Vegas with Ariza at the head and a team consisting of specialist Teri Tom, trainer Vladimir Baldenebro, chef Hector Pavón, and Martin Maidana, better known as' Pileta. The idea, said Ariza, is to fight at about 150 pounds at the start, but they want to campaign at 147 pounds.

"The two times I've worked with Maidana I've always seen a lot of discipline with him, he never says no to anything and he's always focused, I'm happy because we have a great team," Ariza told ESPN Deportes. "When he came we did the fat and muscle tests, Teri and I thought that in four months he could get down [in weight] and we think he will be ready to fight in June." 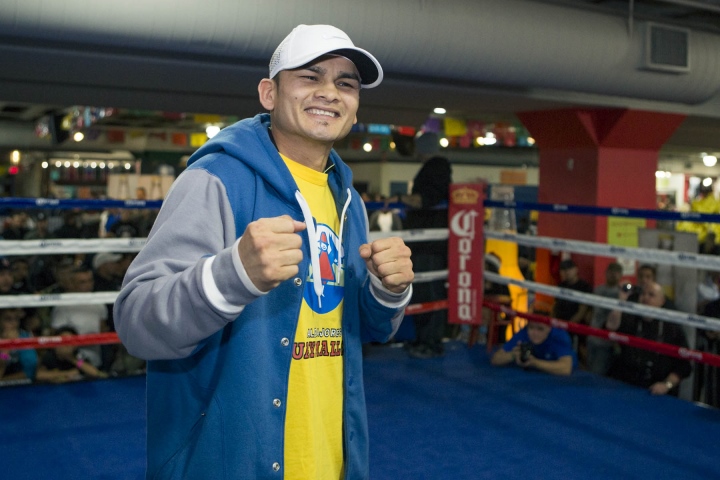 If everything goes as they plan, since Maidana has gone almost five years without high-performance physical activity, they expect to make three fights.

"Everything will be ready when we pick up the pace for Marcos to campaign at 147 pounds, we are already on track and we want three fights in June, September and December, so for this June fight maybe they will give him a few more pounds, but we do not see any problem with him getting down to 147," said Ariza.

"They are going to see Maidana do well, which is what everyone wants to see. He arrived at 218 pounds and now he is at 187, we are working very well, fighters like Maidana are needed in boxing, they are fighters who fight with the heart, and do not care about money, he likes to fight."

The physical trainer expressed that the objective is big fights, with Manny Pacquiao, Keith Thurman, Shawn Porter, Errol Spence and some more in the division.

Maidana has not fought since September 2014, when he faced Floyd Mayweather in Las Vegas for the second time. The boxing is 35 years old and has a professional record of 35-5 with 31 by knockout.

Let him take 3 fights to guage what he has left then match him according. I feel like Maidana vs Pac would be a good money for both of them...If he can get a decent win tho

Rios needs this fight in the worst way.

[QUOTE=ThatDude44;19637710]Those Mayweather purses must've ran out.[/QUOTE] or he could have the itch and passion to fight again. not everyone enjoys sitting on their ass doing nothing. msot boxers are passionate about it and been doing it so long. being away…

are you a certified nutritionist hired by professional athletes for your services? if not stfu wish him well and keep it moving.