Marcos Maidana Prepares For Farewell Bout, Against Cali, in April

Former two division world champion Marcos "Chino" Maidana is planning to return to the ring for a special attraction bout against Jorge "Acero" Cali, a former world kickboxing champion, in a fight that will be governed by the rules of boxing.

The contest is taking place at a catch-weight around the cruiserweight limit. The contract signing will take place on Friday, November 15 at the Faena Hotel, in Puerto Madero. 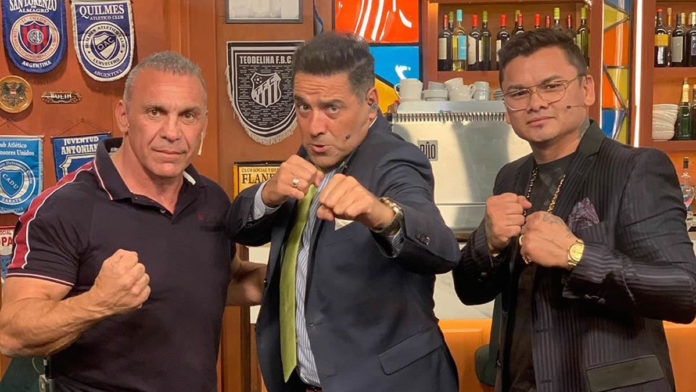 The cross-sport bout could lead to another fight with more meaning, admits his manager. But that all depends on Maidana's desire to continue fighting.

"Maidana returns to boxing because he accepted the challenge of 'Acero' Cali. They have been trading messages and videos since January of this year, before Marcos left for the United States to prepare for the return that did not happen. This is serious," Ernesto Ricci, manager of Maidana, confirmed to Télam.

Maidana's manager further stated that this return "is a way to say goodbye to the fans of Argentina, something he could not do. With Marcos, nothing is ever final. Perhaps when dusting off the gloves he gets bitten by the bug and goes for a world-class opponent. Offers [for high profile fights] are not lacking. The only thing I can tell you is that there are no miracles in boxing."

Maidana, 36-years-old, has been retired since losing his second fight against Floyd Mayweather, on September 13, 2014. Cali is pushing 47-years-old, although he is in great shape for his age.

The fighter from Santa Fe had started training at the beginning of February 2019 for his return to boxing.

However, at the end of April, after an intense preparation under the orders of physical trainer Alex Ariza, Maidana decided to return to Argentina and reconsider his decision to return to fight "because there were things that were not right" with the deal he reached with Premier Boxing Champions.

[QUOTE=Flo_Raiden;20185682]Dang, his last fight was 5 years ago at WW/LMW, and now he's fighting at CW? Boy, he really let himself go with that Mayweather money. Sad to hear. Hope he's able to fight with that much weight on him.[/QUOTE]…

well, get that money Chino

[QUOTE=lefthandtruth;20184486]He’ll have a contract demand that allows him to drink beer between rounds. He’ll be puking beer all over, but I bet you he knocks dude out in the 9th.[/QUOTE] The fights only 5 rounds...to be sure he cannot get…

Dang, his last fight was 5 years ago at WW/LMW, and now he's fighting at CW? Boy, he really let himself go with that Mayweather money. Sad to hear. Hope he's able to fight with that much weight on him.