Marcos Maidana Hopes To Stage Card in Mid-June in Argentina

Two-division world champion Marcos 'Chino' Maidana aims to stage a professional boxing card in Argentina by the second half of June, as long as government authorities allow it. The card will have strict adherence to health and safety criteria in order to mount an event behind closed doors.

The card will be headlined by once-beaten contender Fabián 'TNT' Maidana. 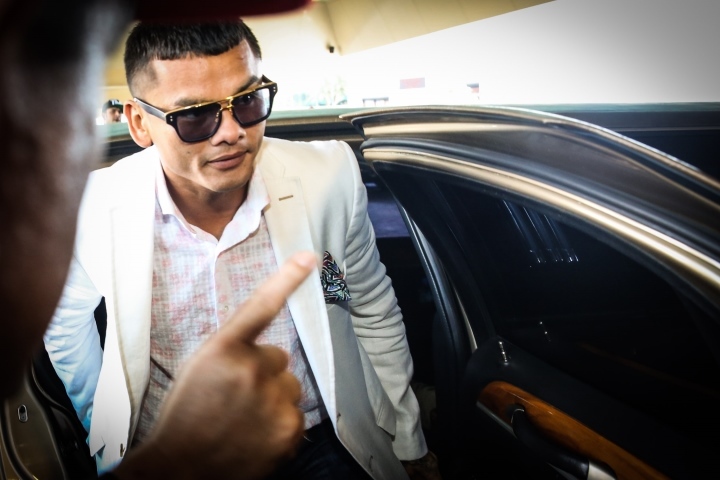 Jorge 'Acero' Cali, Maidana's business partner at Chino Maidana Promotions, told ESPN Deportes that everything will depend on what the authorities define, since everything else is ready.

"It would be in a closed place, with the conditions authorized by the state in Buenos Aires. Everything would be handled to have these conditions," Cali said.

"Let's see if it is possible. The kick to return was given by Nicaragua. While we raised the possibility of the event being without people in the arena, [they] gave us a demonstration of what can be done. Hopefully other promoters can also revive boxing. We would would do it in the second half of June in the province of Buenos Aires and without an audience."

In addition to the presentation of 'TNT' Maidana, who is 17-1 and 13 knockouts after defeating the Mexican Ramsés Agatón in the first round last September, the card will feature sensational Argentine prospect Fernando 'Puma' Martínez (11-0 and 7 knockouts), who comes back from winning the silver belt of the World Boxing Council at super flyweight.

In Argentina, as in practically all of Latin America, the coronavirus has had an impact, although it has not been as severe as it has been in other countries. The number of deaths from this pandemic reached 207 after a total of 4,201 confirmed diagnoses, according to figures from the World Health Organization.

'Chino' Maidana had planned to return to the ring on April 18 after more than five years of being retired, against Jorge 'Acero' Cali, a former world kickboxing champion, in a six-round exhibition.

Good. Just don’t want him back in the ring. Enjoy retirement champ.