Marco Huck’s return to the United States proved just as disappointing as his previous trip.

The former cruiserweight king saw an originally scored 1st round knockout changed to a No-Contest less than 30 minutes after the conclusion of his brief battle versus Nick Guivas in a heavyweight bout Friday evening at Foxwoods Resort in Mashantucket, Conn.

Huck was initially credited with two knockdowns in the fight, with a review of the fight declaring that the second knockdown was caused by an accidental foul. From there came the decision to overturn the originally ruled knockout verdict. 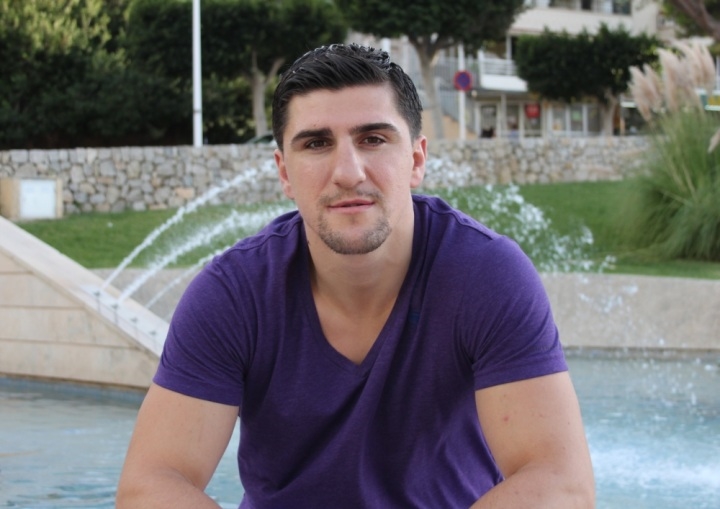 Huck entered his second straight contest as a heavyweight, showing up at a fleshy 217 pounds for Friday’s preliminary contest versus Guivas, a 233-pound garden-variety clubfighter from Topeka, Ks. His conditioning mattered little in the mismatch, overwhelming his overmatched foe in scoring a knockdown mere seconds into the contest.

Guivas beat the count, but was already seemingly on the way out. Huck would eventually deliver that ending, but his second knockdown coming by means of an accidental foul. Guivas was rocked by a right hand, causing him to hold in a sequence which prompted the referee to call for a break in the action.

However, the third man was slow to get in and physically separate the two, giving Germany’s Huck time to land two more shots. Guivas collapsed to the canvas before staggering abound the ring upon rising to his feet. He was clearly in no condition to continue, with the ringside doctor instructing the referee to stop the contest after just a minute of action.

Huck (41-5-1, 27KOs) was initially awarded his second straight victory but will instead have to settle for a two-fight unbeaten streak with the change in outcome.

Regardless, his current heavyweight aspirations are a long way from where he was as a long-reigning cruiserweight titlist. He remains tied with Johnny Nelson for the most successful title defenses in divisional history, but with his reign coming to a crashing halt in his Aug. 2015 United States debut, when he was stopped in the 11th round of an epic thriller with Krzysztof Glowacki.

Subsequent losses to Mairis Brieids and Oleksandr Usyk ended his days at cruiserweight, with his last two starts coming at heavyweight.

[QUOTE=Oldskoolg;19751348]I wasn’t t comparing the two vis a vis.....my point was that no one sees boxing on fight pass just as casuals and American sports fans don’t see dazn[/QUOTE] Yet you are wrong. Sorry but when Canelo fights it's big…

[QUOTE=jonnyc420;19751207]DAZN has Canelo and AJ. ZUFFA has who? Believe me, no comparison.[/QUOTE] I wasn’t t comparing the two vis a vis.....my point was that no one sees boxing on fight pass just as casuals and American sports fans don’t see…

[QUOTE=Bobby Deez;19751211]You're right theres no comparison. Fight pass has the UFC.[/QUOTE] Lol yes look at the losses since pairing with ESPN. UFC has many more problems in it's infancy than boxing. You know that sport that refuses to die, over…

[QUOTE=rzagza;19751229]How do you change an in-ring ruling from A win to a no contest 25 mins after a fight ends? Never heard of such a thing. Doesn’t it have to undergo a protest or a review by the sanctioning body…