Mexican boxing legends, Marco Antonio Barrera and Erik 'Terrible' Morales, are planning to face each other once more in their careers when they hold an exhibition fight on January 15 in Dallas, Texas, according to ESPN Deportes.

They hope to have some form of an audience at the event.

Barrera said the idea is to fight over a four round distance. 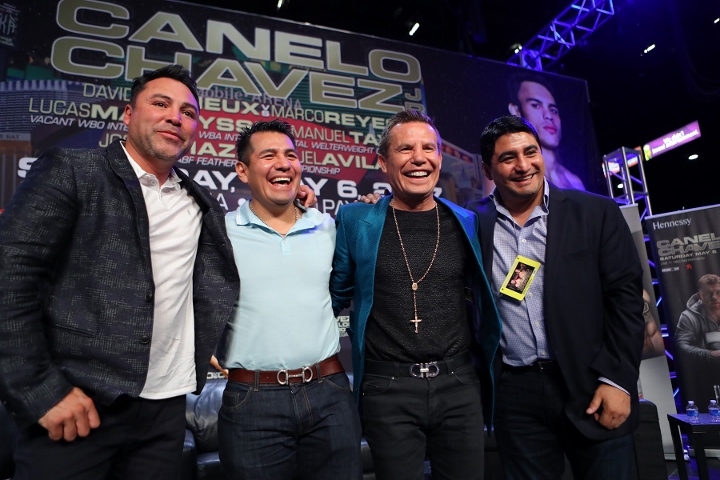 It would be their first collision since they completed their spectacular trilogy more than fifteen years ago.

The first contest captured "Fight of The Year" honors, as did their third encounter.

Both Barrera and Morales have been inducted into the International Boxing Hall of Fame.

There was always some chatter about a fourth meeting when they were still active, but the contest never took place.

While they were very heated rivals for several years, they have since become good friends.

[QUOTE=BIGPOPPAPUMP;20844729]Mexican boxing legends, Marco Antonio Barrera and Erik 'Terrible' Morales, are planning to face each other once more in their careers when they hold an exhibition fight on January 15 in Dallas, Texas, according to ESPN Deportes.[[URL=https://www.boxingscene.com?m=show&id=152813]Click Here To Read…

I’m excited they’ll prolly be going at it like the old days similar to the Chávez Vs. Arce Exhibitions they’ve been having! Glad over my time in the boxing bizz have been able to meet both got their autographs on…

[QUOTE=YoungManRumble;20845497]Have you watched any of the Julio Cesar Chavez and Jorge Arce exhibitions though? It's like rock 'em sock 'em robots with headgear on and no respect for the ref or bell. In their first exhibition bout the ref is…

[QUOTE=54-0 TBE;20845910]Ha! He also invented being a whiny millionaire who needs people to blow him every day. But when you’re not TBE like Menayothin, I see how he could be angered.[/QUOTE] you've hit right at it. If he could get…

[QUOTE=YoungManRumble;20845994]Haha yeah that's true I was certainly laughing and enjoying myself watching the festivities. Also I replied to a post you made the other day by sending you a private message to your inbox, so have a look for that.[/QUOTE]…