Matchroom Boxing, Castro’s promoter, announced Thursday morning that the highly touted featherweight prospect has tested positive for COVID-19 and has been removed from a card scheduled for Saturday night in Tulsa, Oklahoma. The 20-year-old Castro was supposed to meet Mexico’s Raul Corona (2-3, 0 KOs) in a four-round, 128-pound bout on the Cecilia Braekhus-Jessica McCaskill undercard at a makeshift, outdoor venue in downtown Tulsa.

Castro, of Fresno, California, first was scheduled to make his pro debut April 17 at MGM National Harbor in Oxon Hill, Maryland. That entire card was canceled due to the COVID-19 pandemic. 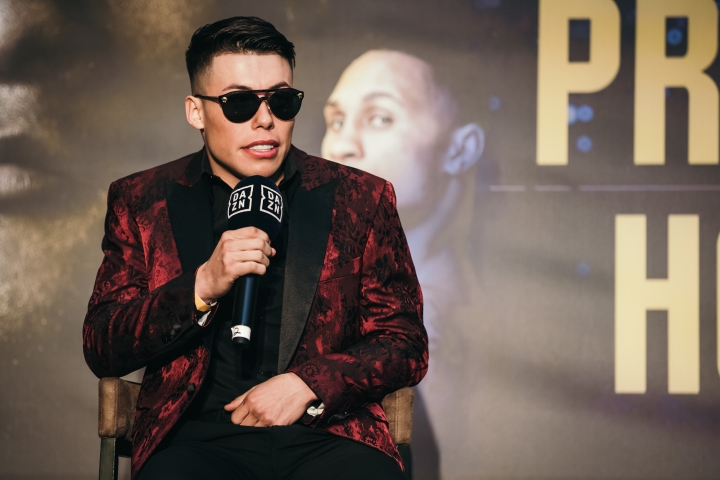 Castro is an accomplished amateur who signed earlier this year with Eddie Hearn’s Matchroom Boxing USA and manager Keith Connolly.

Like the other fighters on the card, Castro arrived in Tulsa on Saturday night, remained mostly in quarantine and had passed previous pre-fight COVID-19 tests before failing another test Wednesday. Castro joked during an interview with BoxingScene.com earlier this week about facing an opponent whose surname is Corona during the coronavirus pandemic.

DAZN will stream the Braekhus-McCaskill card in the United States, starting at 8 p.m. ET/5 p.m. PT.

Norway’s Braekhus (36-0, 9 KOs) will attempt what would be record-breaking 26th defenses of her WBA and WBC welterweight titles versus Chicago’s McCaskill (8-2, 3 KOs). The 38-year-old Braekhus also will defend her IBF, IBO and WBO 147-pound crowns.

Is it Marc or Marcia? Dude looks like a broad with too many teeth...

" [I]had passed previous pre-fight COVID-19 tests[/I] " bingo ! another false-positive... due to the fake testing kits from China you suckers who believe this shlt are getting played like bltches from the other thread..... [B][U]Robert David Steele:[/U][/B] Ex-CIA leading…