The fight Saturday night was a clash of unbeaten punchers who have yet to turn 21 years of age. Jaimes, who resides in Stockton, California is 20, while Santiago will turn 20 on January 11. 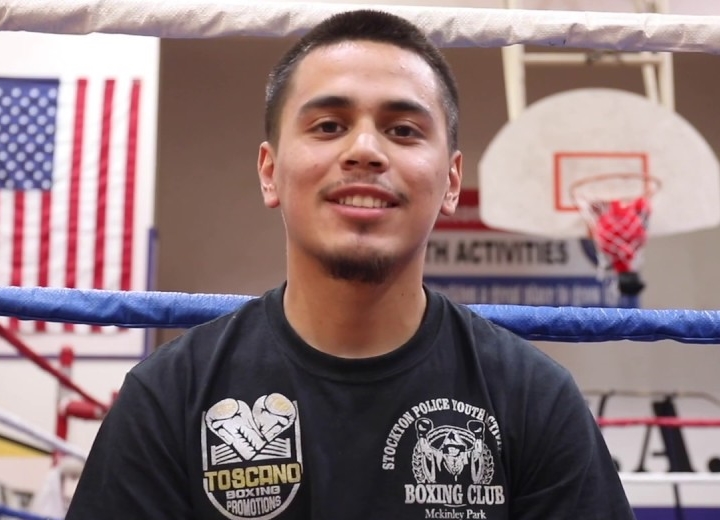 Jaimes, who trains alongside and frequently spars former world junior featherweight title challenger Ruben Villa, was the sharper and more-assertive fighter from the opening bell. Santiago was game, but would get beat to the punch as both fighters stood and traded in the pocket. Anytime Santiago attempted to initiate any offense, Jaimes connected with to or three-punch combinations to the head and body.

Riguccini, who is originally from Sansepolcro, Italy and has fought most of his pro fights throughout Mexico, improves to 25-0, 21 KOs.

The 32-year-old had faced Alvarez before on April 26 of last year, winning by knockout in the opening round. In his last bout six months later, Riguccini won by knockout after Juan Ruiz did not answer the bell for round 4 due to suspected broken rib.

Early in round 3, Riguccini landed a straight right hand to the stomach, dropping Alvarez face-first to the canvas. A standing eight-count was administered, but the fight was waved off.

Junior middleweight prospect Damian Sosa, who resides in Tijuana, battered Ernesto Olvera (11-5-1, 3 KOs) of Victoria, Mexico before the fight was stopped at 10 seconds of round 7.

Sosa improves to 16-1, 9 KOs and has now won his last five bouts since suffering the only loss as a pro to hard-hitting Artem Oganesyan of Russia on March 16 of last year.

Lightweight Wade Jones of Stockton improved to 6-0, 4 KOs by stopping Javier Hernandez at 33 seconds of round 4. Hernandez, who resides in Tijuana, drops to 12-4-1, 7 KOs and has now lost four of his last five bouts.

The card was promoted by Toscano Boxing Promotions.