Dmitry Bivol doesn’t have to sell himself short in hopes of landing a dream fight with Saul ‘Canelo’ Alvarez.

It just so happens, his current asking price is far more favorable than the demands of most in his position.

The unbeaten light heavyweight titlist has repeated throughout 2020 his willingness to drop down to super middleweight for a blockbuster showdown versus Mexico’s Alvarez (53-1-2, 36KOs). Such a fight didn’t seem like a possibility prior to the initial wave of the ongoing coronavirus pandemic, as Alvarez was believed at the time to be on course for a showdown with England’s Billy Joe Saunders (29-0, 14KOs). 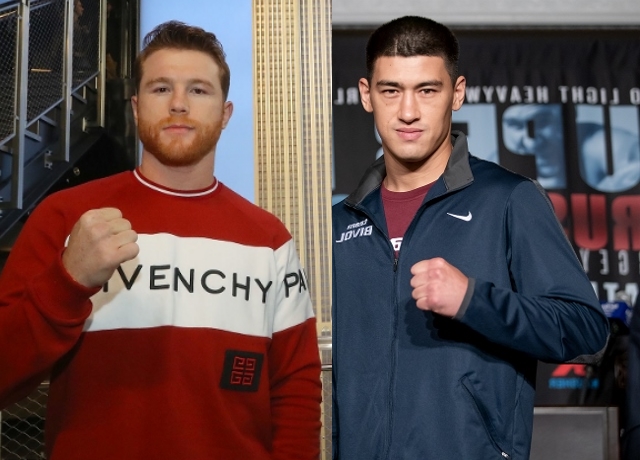 With those plans no longer in play and with the Mexican superstar still in the market for a next opponent, comes renewed interest and a reasonable request from one of the sport’s most promising young talents.

“It wouldn’t be about the money,” Bivol (17-0, 11KOs) previously insisted of such an assignment. “I want to fight against him to make my own history.”

That sentiment was reiterated by the driving force behind Bivol’s career, particularly in light of the exorbitant asking price of England’s pair of unbeaten super middleweight titlists in Saunders and Callum Smith (27-0, 19KOs).

“It’s not live Bivol will fight Canelo—or anybody—for free, but the point we want to make is that we want the fight and that money won’t get in the way of making it happen,” Vadim Kornilov, Bivol’s career-long manager told BoxingScene.com. “As his manager, it’s my job to find the best opportunity for him and also to know what the competition is asking to get paid.

“For this fight, we know what (Saunders and Smith) have been asking for. I also know that for what Dmitry expects to make for this fight, it is far less than what they want.”

Bivol remains an unbeaten light heavyweight titlist, claiming an interim title in his seventh pro fight and receiving an upgrade by his 12th fight. A 1st round knockout of Trent Broadhurst in November 2017 marked the first of six successful defenses which includes wins over former lineal champion Jean Pascal and perennial contenders Sullivan Barrera, Isaac Chilemba and Joe Smith Jr.

A 12-round win over Lenin Castillo last October marked Bivol’s last piece of ring action, fully intent on securing bigger fights in 2020. The ongoing global health crisis has impacted his desired rate of activity, but not his desire to serve as among the sport’s best pound-for-pound entrants.

Beating Canelo will certainly accomplish that goal, no matter that payday attached to such a feat.

“Dmitry wants to fight Canelo because he knows he can beat him,” Kornilov insists. “He’s not just chasing after a payday; he’s chasing a legacy fight.”

[QUOTE=bluebeam;20645093]I think beterbiev will be exposed soon enough[/QUOTE] Its gonna happen eventually but I honestly think it will be the wild card he loses to. It will be the guy everybody expects him to beat that takes his zero.

[QUOTE=Get em up;20638659]Bivol dont wanna fight Beterbiev he knows it will be his title gone. Beterbiev is the man to beat right now at light heavy and everybody knows it.[/QUOTE] I think beterbiev will be exposed soon enough

[QUOTE=Superbee;20639328]Is that really a surprise ? Bivol is a lesser Gvozdyk in my book (at LHW)... And he saw what happened to Gvozdyk and he wants nothing of that... Beterbiev would be even more of a predator against Bivol after…

[QUOTE=hhh1200;20638243]I'm assuming you can't read. Bivol was offered the Beterbiev fight over a year ago. Hope this helps. Where in the world did you come up with Canelo? Canelo ran up to 175, cherry picked Kovalev with a double rehydration…

[QUOTE=bluebeam;20637922]Bivol act like he dont wanna fight beterbiev either. Arum already said he would do the unification with bivol and he still swerving[/QUOTE] Is that really a surprise ? Bivol is a lesser Gvozdyk in my book (at LHW)... And…