Pacquiao vs. Broner is being put together to headline a Showtime Pay-Per-View on a date slated for January 2019 in Las Vegas.

Malignaggi lost a close decision to Broner back in their 2013 welterweight title fight. 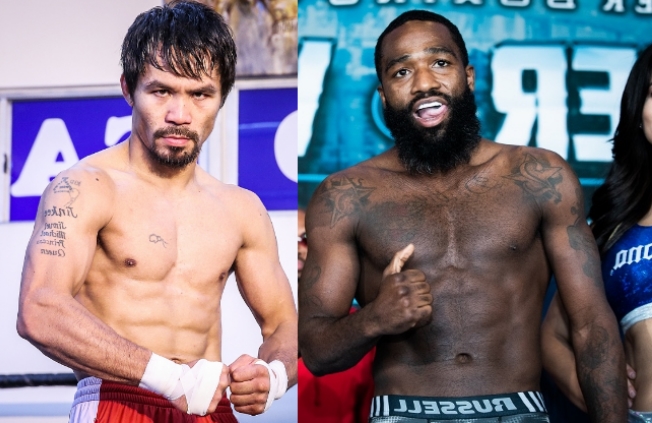 Pacquiao, now 39-years-old, is only a few fights away from retirement.

Back in July, Pacquiao looked like a guy who turned back at least 10 years when he battered Lucas Matthysse for a seventh round knockout to capture the WBA "regular" welterweight belt - and the victory was Pacquiao's first stoppage win since November 2009.

But Malignaggi warns that looks can be deceiving.

"I can't really make a decision on Pacquiao with his last fight, because Matthysse was always a guy who had no heart. He was like the perfect opponent," Malignaggi said.

As far as the bout with Broner - Malignaggi is picking Pacquiao to walk away with the win, but age can become a factor and that could very well lead to an upset.

"I think it's a good fight. It depends on what Pacquiao has left. Broner has an issue with closing the gap without punching. He likes to come in and then punch. Pacquiao has these long punches that he likes to throw that to prevent you from ever finding your range - especially for a fight with a style like Broner," Malignaggi said.

"Let's see. Maybe Pacquiao's legs are not that good anymore and Broner is able to close that gap. Broner is very good on the inside when he closes that gap. When he gets on the inside and throws those creative combinations, it's good stuff by Broner too.

"My common sense tells me that Pacquiao fights at range and he does well. But, is his age catching up to him? I think if Pacquiao has the old legs, Broner doesn't even get near him. And old legs meaning the legs that he used to have. But if he has 'old' legs, then Broner can close the gap and it's a tougher fight and probably Broner can win it."

[QUOTE=T.M.T;19224494]Pacquiao beats every last fighter at 147 except for Mayweather, Thurman and Spence. Pac was killing Porter in sparring and will do it in a fight.[/QUOTE] He was??? . Pac-Man can’t beat Crawford bro and the only reason I favour…

[QUOTE=Bardamu;19227312]lol. I'm too poor to gamble. AB keeps getting all these opportunities because people know him, and they HATE him. It doesn't matter if fans like a fighter or hates a fighter, what matters is the intensity of their like…

[QUOTE=Noelanthony;19224563]If you are a mug like me and gambled on Broner your pockets must be severely sore. Broner last fight after being stung so much backing him I betted against him to lose against Vargas and still lost. Anything Broner,…

[QUOTE=NachoMan;19224924]You're nostalgic. Pac cannot beat any of the top WWs at this point, and that includes DSG. Pac loses to Jeff Horn in a rematch.[/QUOTE] I respect you have an opinion. It's not right because it's yours, but I respect…