Malignaggi: I'd Love To Fight McGregor in a Bare-Knuckle Fight

Bare-knuckle boxing is on the rise worldwide, with many major events being held in the United Kingdom amongst other destinations, featuring some unfounded talent as well as former professional boxers such as Bobby Gunn and Tyler Goodjohn.

A former 2 weight world champion in Brooklyn's Magic Man Paulie Malignaggi recently announced that he would also be dipping his toes into the bare-knuckle boxing world and has announced details ahead of his first clash under the BKB rules which will be new to the Italian-American standout.

The former 2 weight world champion said, “I’ll be getting back in the ring around the end of June at 154 pounds and that will be my first bare-knuckle contest. The location hasn’t been set yet because many US States don’t allow bare-knuckle boxing, but we should have an official announcement coming in the next few weeks.

“I’d love to fight [Conor] McGregor in a bare-knuckle fight, but the chances of him taking that fight are slim to none because he’ll know what happens. The plan is to get a good name for the first fight that people will recognise and go from there. It’s going to a fun, entertaining ride in the bare-knuckle boxing world.” 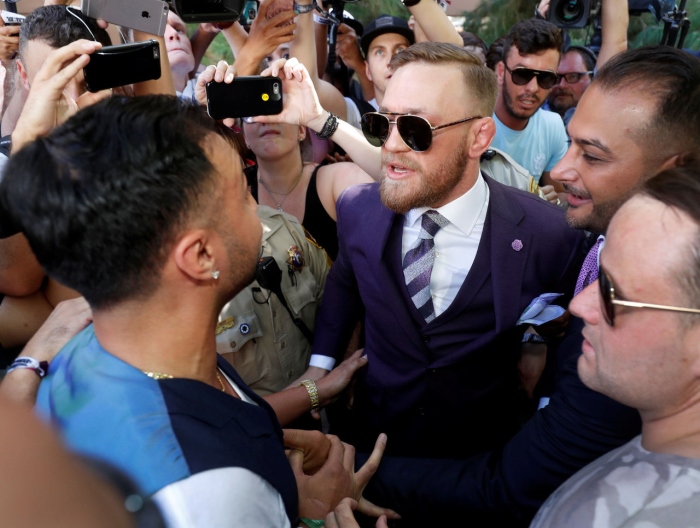 Malignaggi said, “Its fantastic news that Ultimate Boxxer has linked up with BT Sports. BT Sports is a massive, forward-thinking company in the United Kingdom and Ultimate Boxxer provides entertaining nights of boxing and entertainment, so the link up seems a natural one to me.

“The TV link up can only be a positive thing for the fighters who take part in it as it gets them massive exposure, and for the brand of Ultimate Boxxer itself in terms of growth. BT Sports viewers who can’t be in attendance at the O2 on May 10 will be able to enjoy a great night of action on BT and Ultimate Boxxer can continue to uncover future stars which it has done in its first two events.”

[QUOTE=Blond Beast;19629394]Thanks man. I know Bobby Gunn said u shouldn’t punch as hard in bare because of potential to break ur hands. Course everyone’s power and bone strength is different. I broke a bone and a knuckle in fist fights.…

[QUOTE=lion33lit;19625135]Man, that is such an intelligently packed post! I can only conclude less padding means more of a bone on bone smashing, which means the brain gets knocked around easier in its protective fluid. In other words, its more barbaric…

As if Paula going bareknuckle would be more threatening to his opponent :lol1:

[QUOTE=danceswithfire;19623291]connor is no boxer but hes way way better fighter than paulie ever was and ever be....paulie is literally a girl when it comes to fighting ([B]punches like a girl[/B])[/QUOTE] With gloves on. McGregor's punches didn't look so hard with…

[QUOTE=Blond Beast;19623261]I wish they did a more thorough comparison test between bare, mma, and boxing gloves with Bas Rutten on Sports science. Bare was 776lbs of force, mma 651lbs, and boxing 641lbs. But it was just one hard right punch.…